The great race for D.A.

The District Attorney’s race has implications for the entire country 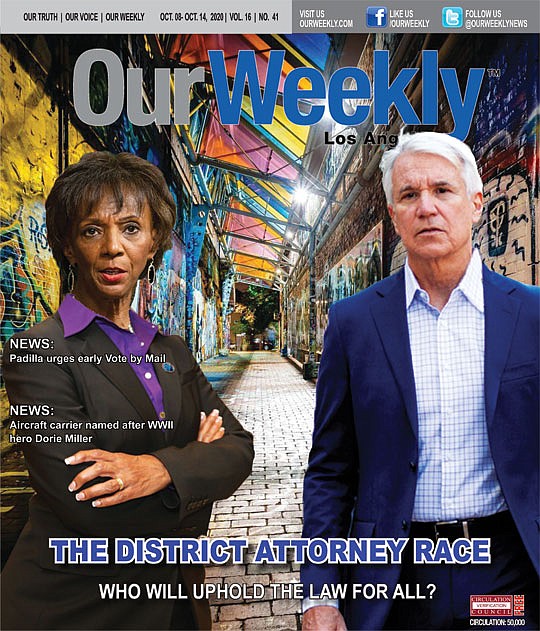 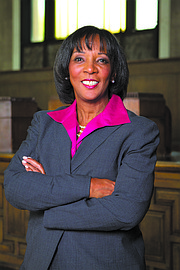 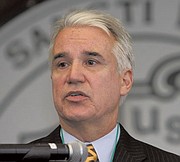 She was hailed as a reformer, a veteran insider who could fix the problems of the largest judicial county agency in the country and bring equity and social justice into the 21st century. Members of the local Black community rejoiced. Finally, one of their own was at the pinnacle of the legal profession, a “home-girl” from the Crenshaw District who knew what distrust of authority and racism felt like. At the same time, the threat of burglary and violent crime were an ever-present specter of her childhood.

Eight years later, after a fair amount of accolades and earnest efforts at bringing humanity to the Los Angeles District Attorney's Office, Jackie Lacey has morphed into a linchpin for the law and order community.

A veteran of over 25 years as a deputy district attorney before being elected into the top spot in 2012, she is under fire for failing to prosecute law enforcement personnel in spite of hundreds of deaths in officer-involved shootings during her tenure. She has also been criticized for not pursuing criminal charges involving celebrity and high profile individuals, particularly wealthy political fundraiser Ed Buck, after a series of drug-related deaths of young Black men in Buck's apartment.

The County jail system, the repository where most of her defendants end up, is the biggest jail system in the world, and remains overwhelmingly Black and Hispanic. Bucking the trend towards abolishing capital punishment, 22 people have been convicted and placed on Death Row during her watch. None of them are White.

Lacey maintains she is merely following the law. As such, she walks a tightrope, attempting to stem recidivism among those who enter her courtrooms while maintaining the precepts she is sworn to uphold.

“... I thought everyone had bars on their windows,”

—Jackie Lacey on her

Jacquelyn Phillips Lacey grew up to become a USC Law School grad, and a few years later joined the ranks of the county district attorney. Rising steadily through the ranks under then Los Angeles District Attorney Steve Cooley, she was hand picked to be his assistant in 2011, and was sworn in by her former boss upon her election to the top job the next year.

In short order, she implemented diversion programs to steer the mentally ill and narcotics abusers away from jail, and expunged the convictions of 66,000 marijuana offenders. Under her watch, a Conviction Review Unit was set up to investigate questionable prosecutions. Lacey has also moved to unburden low-income people from the financial handicaps of misdemeanors and old warrants that clog the judicial system.

Today, as she prepares to go for a third term, Lacey must deal with a nationwide trend towards liberalizing the judicial system amidst the hue and cry against police brutality and systemic racialism.

More specifically, Lacey faces the desertion of her core community base, and the opposition of high profile activists, especially Black Lives Matter. At the top of their list of grievances is her reluctance to press charges against abusive police.

“The tough-on-crime policies that define the current District Attorney's approach have made LA less safe, not more, and it has contributed to mass incarceration and the racial disparities that have come to define our system of justice.”

Lacey did not respond to Our Weekly’s requests for an interview, but her main opponent, George Gascón agreed to an exchange. Noting the root causes for grassroots abandonment of the figure they once championed, he spoke of her “... failure to hold police accountable.”

“... 600 people have been killed by police during her tenure,” he recalled.

Gascón has an extensive background in law enforcement. After 27 years with the Los Angeles Police Department, then tenure as Chief of the Mesa, Ariz. and San Francisco Police Departments, he was elected district attorney of San Francisco before moving south to vie for the same position here. He stresses his ongoing career as a learning experience, informing his future intention to “... enhance safety while reducing incarceration.“

“As a young police officer I believed that tough-on-crime was the most effective approach, but over my decades in law enforcement I have learned that we largely lost our ability to distinguish the dangerous from the nuisance.”

“...police unions are spending millions of dollars to support her reelection,”  Gascón said, picking up on a Black Lives Matter concern regarding Lacey’s conflict of interest.

The saga of each candidate's support group is a story in and of itself. All told, upwards of $12 million has been funneled into the campaign. Lacey, a perennial police favorite, has received about $5 million from law enforcement unions.

Lacey’s disconnect with Black Lives Matter came to a head when they staged a protest in front of her Granada Hills home on March 2. Her husband confronted the demonstrators with a handgun when they stepped on his porch. He was summarily charged with assault in an incident captured on video (see https://www.youtube.com/watch?v=3h9h2BSXomQ).

David Lacey plead not guilty in a Oct. 2 court appearance and his case is pending.

‘You better squeeze that ... and kill me’

To be fair, Gascón is not without his share of controversy. Under his watch as San Francisco's District Attorney (2011-19), the incident that arguably initiated the current outcry about police abuse occurred. On Dec. 2, 2015, police responded to a stabbing and confronted 26-year-old Mario Woods brandishing a 4.5 inch kitchen knife in the Bayview section of the city.

After  non-lethal force failed to subdue him, officers fired as many as 26 rounds at Woods, hitting him 11 times. Marijuana and methamphetamine were discovered in Wood's system during an autopsy. Gascón declined to prosecute the involved officers, even though Woods did not appear to be threatening them or bystanders in confiscated videos.

Former San Francisco 49er quarterback Colin Kaepernick has said this incident motivated him to begin protesting racial injustice, by kneeling during the National Anthem prior to NFL games.

Compassion for victims versus

the push for rehabilitation

“Most of the victims of crime look like me.”

—Jackie Lacey during her Oct. 3

The candidates initially met in a Jan. 30 debate (along with a then-third candidate, Afro-Latina former public defender Rachel Rossi), which was highlighted by contentious bickering and disorder. Since then, the COVID-19 virus has gripped the nation, and this second exchange was subdued and conduced via on-line video conferencing, with ABC 7’s Marc Brown facilitating.

In spite of his varied law experience, Lacey pointed out that Gascón personally has never prosecuted a defendant in a courtroom.

“He’s never tried a case, never ever,” she declared.

Around the same time the debate was transpiring, Los Angeles Mayor Eric Garcetti shifted his allegiances from Lacey and backed Gascón.

“[Gascón] knows how to promote public safety through partnerships with and beyond law enforcement,” Garcetti said. “[He] will help our county shift the burden from the criminal justice system and jails toward diversion, intervention, and re-entry programs that save money and save lives.”

“The systemic racism in our legal system will not just go away on it's own—eradicating it will require direct, targeted and data-driven action.”

An interesting aside to this landmark election is a candidate no longer in the running. Rossi did not garner enough votes to qualify for the November ballot, but still received a respectable 400,000 votes. Now in private practice, she acknowledged unrequited issues that are still unresolved as the selection process approaches its conclusion.

“A Black person in Los Angeles is still 13 times more likely to wind up incarcerated,” she says of a course she first observed as an intern for a public defender.

“...almost everyone I saw locked up was a person of color. It was seeing these stark racial disparities that prompted my career.”

These issues do not exist in a vacuum, she noted.

“We've had a public reckoning on many issues, from policing, to homelessness, to healthcare, and all within the context of a global pandemic,” Rossi said. “Many of these factors will be at play in the November election.”