Part of league’s push toward desegregation 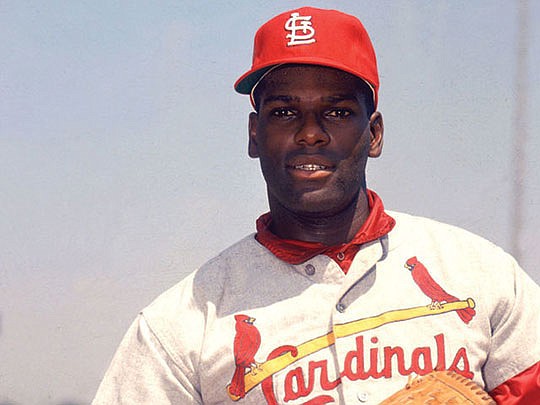 “In a world filled with hate, prejudice and protest, I find that I too am filled with hate, prejudice and protest. I hate phonies. I am prejudiced against all those who have contempt for me because my face is Black and all those who accept me only because of my ability to throw a baseball. I am not proud of that ability. It is not something I earned or acquired or bought. It is a gift.”

—from ‘From Ghetto to

Hall of Fame pitcher Bob Gibson died of pancreatic cancer on Oct. 2. He was 84.

Born in Omaha, Neb., on Nov. 9, 1935, Gibson overcame pneumonia and rickets to become an excellent athlete, especially in baseball and basketball (earning a scholarship and graduating from Creighton University, and playing briefly for the Harlem Globetrotters).

Gibson became a key fixture with the St. Louis Cardinals, and the push towards desegregation. So nearsighted he could barely see his catcher’s signals, he used the racism and physical hurdles he encountered to become an intense competitor, abrasive to opponents and teammates alike.

Bob Gibson is survived by his second wife Wendy, a son, Christopher, and two daughters, Annette and Renee, from a previous marriage.