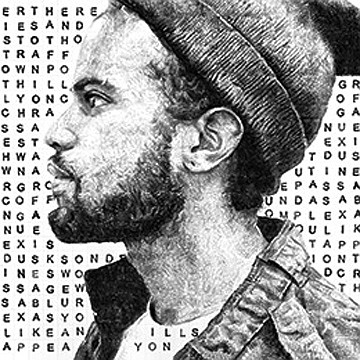 A virtual community meeting was held last Thursday to review the progress of the Crenshaw/LAX Transit Project and the PowerPoint presentation showed that all of the underground elevators are now complete and final touches are being made through the South LA and Inglewood stations.

“We anticipate completion by winter of 2020,” said Isai Rosa, principal community relations officer for Metro. “In the coming months, Walsh Shea will turn the project over to Metro, then Metro will begin train testing and operator training. Once we do have an opening date, we’ll be sure to post it on the website.”

Final touches to the project include the completion of escalators, utility relocation, installation of electrical communications systems and devices.

“Final roadway repair and resurfacing will be the culmination of the project,” explained Rosa. “The contractors building out the area of Leimert Park Plaza and pretty soon, workers will pave the area with concrete.”

Rosa explained that in the next few months, street restoration to bring roadways to final conditions will entail frequent closures of side streets so work can be performed and the work will require multiple phases, resulting in the closing of Crenshaw Boulevard, traffic detours and changes in bus stops.

There have been signs of progress: The at-grade station at Hyde Park is more visible with its canopies and signage and the K rail that was there throughout construction has been removed.

Artwork placement will also be included in Metro’s esthetic project completion. Each station along the alignment will have integrated artwork. Art panels will be hung as a series meant to be read as an exhibition. Art will be featured on platform walls, concourse walls and canopy locations.

“Some works are on their way to the stations now,” said Zipporah Yamamoto, Metro’s director of public arts and design. She added that a series of seven workshops were held in 2014 for artists, who are now fabricating artworks for the project. “Their paintings are being transferred in to large-scale projects.”

Yamamoto explained that information about additional artist opportunities can be found at metro.net/art. When the new rail opens, Metro will need volunteers to lead tours of the station artwork. Interested persons should visit metro.net/about/art/Crenshaw/lax/art tours.

A panel of nationally recognized curators and local arts professionals, including community members from the Crenshaw/LAX corridor, selected fourteen artists to create site-specific, integrated artworks for the Crenshaw/LAX project. The diverse range of accomplished artists includes Kenturah Davis, whose work will be featured at the downtown Inglewood station.

“My hope is to inspire people to notice strangers who [they] stand among and extend a sense of empathy in recognition of their humanity,” Davis said.

Davis created “Sonder” with the aim to encourage connections between strangers, even temporarily while riding transit. The porcelain enamel steel art panels portray various figures against a backdrop of letters that form words defining “sonder,” a newly coined term alluding to the realization that every person has a unique and significant story. Based on photographs taken during gatherings hosted by the artist, the portraits feature individuals with ties to the Inglewood community.

The Business Solution Center can be reached at www.metrobsc.net and has assisted businesses affected by COVID-19. Additionally, the Business interruption fund is still active and available at www.metro.net/bif or via email at   bif@metro.net.

For additional information on the project, visit