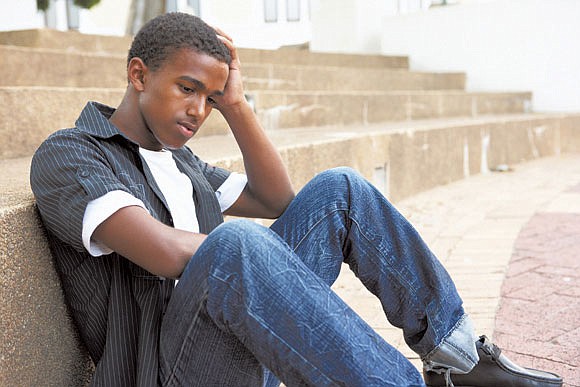 “In addition to the classic signs of depression, such as becoming withdrawn or having a depressed mood, Black teens may present with physical complaints, such as persistent headaches or stomach aches....”

A new study recently published in the Pediatrics Journal, stated that suicide attemps by African-Americans teens rose 73 percent from 1991 - 2017.

Although 10 bills were legislated in eight states in 2018 to prevent suicide in schools, at this point suicide—and suicide attemps—are considered a public mental health crisis.

The recent study mentions that although there was a sufficient decrease in suicidal ideas and plans among both sexes, as well as across other races and ethnic groups, Black teenage boys self-reported a sufficient increase in injury by suicide attempt.

The data was collected from 198,540 high school students nationwide by the U.S. Centers for Disease Control and Prevention’s Youth Risk Behavior Survey, and involves ages 12 - 19. The research was analyzed by child and adolescent mental health researcher, Michael A. Lindsey, M.D. and Sean Joe, Ph.D. a professor of social work at Washington University in St. Louis, among others.

Lindsey, who is also the executive director of the McSilver Institute for Poverty Policy and Research at the NYU Silver School of Social Work, thinks that there is a lack of awareness.

His research has gained nationwide attention, which allowed him to receive support from the National Institute of Mental Health (NIMH) to analyze social environment influences on obstacles to mental health care for Black teenagers with depression.

“We believe that it’s important for parents, mental health service providers and school personnel to learn the signs of depression in Black youth. We know that suicidality can stem from untreated depression,” Lindsey said in a statement. “In addition to the classic signs of depression, such as becoming withdrawn or having a depressed mood, Black teens may present with physical complaints, such as persistent headaches or stomach aches. They may also present with interpersonal challenges, such as angry outbursts, which may be construed as behavioral problems rather than cries for help.”

The report also states, that across all ethnic groups and sexes, suicide is the second-leading cause of death among teenagers ages 15 - 19, and accounted for 2,200 deaths in 2017.

Among Black youth, ages 15 - 19, suicide was the third-leading cause of death in 2017. It’s also reported that across all racial and ethnic groups, one in five high school students admitted to experiencing suicidal ideas, and 1 in 10 admitted to planning a suicide.

Although suicide is relatively rare, it’s important for parents to frequently check on their children and ask them how they are doing and feeling, and not encourage teenage girls and boys to put up a front, or to “man up,” according to Lindsey.

Look out for warning signs

For instance, if the teenager is talking about- or threatening suicide, if the teenager seems depressed, or if behavioral changes occur—such as sleeping and eating habits—as well as self-loathing, hopelessness, isolation, as well as dealing with a current loss of a family member or friend, according to the American Psychological Association.

“They start making statements akin to ‘I don't feel like I want to be here. It might be too much for me to be here. I might be a burden to you,’” Joe said. “We want to listen to these sort of statements very carefully and realize that our young people are trying to signal that they are not okay.”

Experts say, the causes of suicidal distress, include environmental, psychological, and social factors. But mental illness is the leading risk factor in regards to suicide. Other risk factors vary with family dynamics, stressful life events, age, gender and ethnic groups.

This new study also aligns with a previous study that shows African-American boys, ages 5 - 11 have experienced a higher rate of suicide deaths. Also the suicide rate of Black children ages 5 to 12, was twice as high as that of White children.

According to Lindsey, it’s not just lack of awareness but also the lack of provided information about mental health which makes it difficult to reach teens who deal with emotional distress.

Other factors that contribute to stress in a teenager are domestic violence—including sexual abuse—bullying in school and confusion in regards to one’s sexual orientation.

“Irritability is another big one,” Lindsey said. “For example, I’ll often tell school personnel that the kid who is depressed may not be the kid in the back of the class with their head down; it may be the kid who is irritable when you try and engage them, or even explosive. They may fight. And those kids tend to be suspended from school, particularly Black kids. So I say to school personnel, before you suspend that kid for fighting or cursing the teacher out, why don’t you step back and explore what’s going on in their lives? I bet when you do that, you’ll get at the core of the issue, which then turns into a treatable problem through mental health. The same goes for parents.”

“It is urgent that we get to the bottom of why the rate of suicide attempts among Black female adolescents is accelerating,” Lindsey said.

Social media and cyberbullying can have a major impact on the mental health on pubescent Black girls who attempt suicide, at an ever faster rate than boys, Lindsey mentioned. According to research, an estimated 36 percent of girls reported feeling hopeless and depressed in 2007, which spiked to over 41 percent by 2017, in comparison to boys, where that increase did not happen.

Girls also experience gender and race microaggressions, which can make them feel even more hopeless.

Since teachers are usually the ones who spend more time with students, they are also the first to detect behavioral changes. That’s why it’s important that schools follow a prototype for suicide prevention methods from Kindergarten age to the 12th grade. According to the website, “We are teachers,” in an article titled, “What Teachers Need to Know About the Rise in Teen Suicide,” it’s mentioned that, “It’s not uncommon for at least some students to trust a teacher more than a parent or relative. These are just some of the reasons teachers have the ability, and duty, to help prevent teen suicide.”

The Model School Policy on Sucide Prevention is in collaboration with the National Association of School Psychologists, The Trevor Project, and the American School Counselor Association, and was recently updated based on new research. This protype incorporates doable and specified steps to support school employees, with tips on how to involve parents and guardians to prevent suicide as well as tips on how to re-enter a student after a crisis, directions on addressing in-school suicide attemps and showing support to the school community following a loss by suicide. Currently, the majority of states require that teachers and school staff receive suicide prevention training.

“It’s important that school personnel recognize such signs as requiring intervention, rather than suspensions and expulsions, which we know disproportionately affect Black children,” Lindsey said.