African-Americans buying more firearms than ever before in history

Rationale from pandemic to 'stand down and stand by' 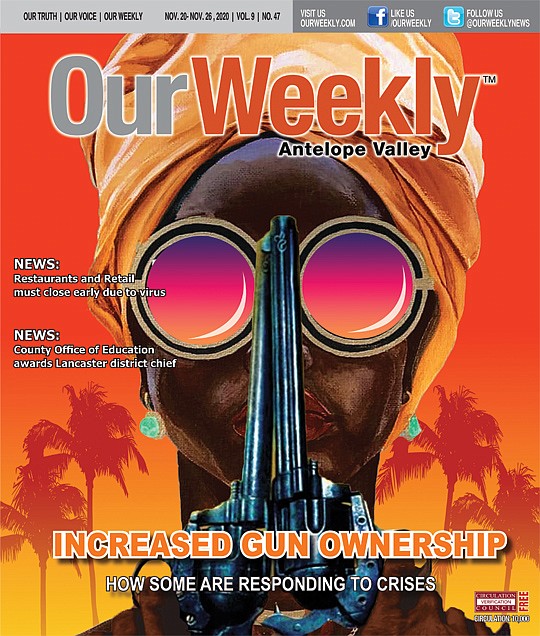 The level of civil strife surrounding the coronavirus pandemic and the lead up to this month's national election has encouraged more African-Americans to purchase a firearm.

The trend has been brewing for years, specifically since the 2016 election of President Donald Trump; the aspirations of White militia groups; and the rise of far-right opponents of liberal gun control measures. The pandemic has only exacerbated these concerns among Black people.

There are more guns than people in the United States. Four-hundred million are in circulation for a population of 390 million, representing more than one firearm for every 20 Americans. Findings released in October by Small Arms Analytics & Forecasting estimated that by the end of the year some 20 million guns will be purchased. That's up from 16 million guns sold in 2016. 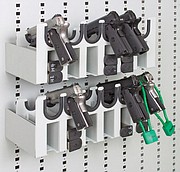 This year, African-Americans have been a major driver of the record-setting growth in new gun ownership. The National Shooting Sports Foundation (NSSF) took a look this summer and revealed in an industry survey that gun dealers reported a sales increase exceeding 50 percent among Black customers, representing the most rapid growth of any ethnic group. The NSSF represents gun makers and dealers and is considered a reliable source of information for the industry.

The surge in gun sales among African-Americans indicates that gun ownership in the United States continues to diversify. The changing demographics of gun ownership could have a significant impact on the politics surrounding guns — especially with millions of Americans becoming new gun owners in the months following the coronavirus outbreak. By June alone, a staggering 10.3 million firearms (roughly 40 percent of all purchases) went to first-time buyers.

And while the growth in gun ownership is certainly not limited to African-Americans, one sentence uttered by Trump during the Sept. 28 presidential debate may have spurred even more Black interest in buying a gun: “Stand down and stand by” in response to a question about any alleged support of White militia groups.

The NSSF survey came shortly after the National African-American Gun Association (NAAGA) witnessed a record-breaking surge in membership after George Floyd was killed by a White Minneapolis police officer in May.

Industry watchers have tracked rising gun ownership among women and minority groups for years. The NSSF conducted a years-long survey from 2008-2012 and found that new gun owners are reportedly “younger, female and more urban dwelling” when compared to established target shooters, or those participating in the sport for more than five years.

“It has been well known inside the industry that purchasers of guns and ammunition have long had diverse demographic backgrounds,” the NSSF said in a statement on the survey. “The highest overall firearm sales increase comes from Black men and women who show a 58.2-percent increase in purchases during the first six months of 2020 compared to the same period last year.”

The survey also noted that politically charged calls to defund the police continued to spur sales. And while firearm sales had tumbled slightly in the past few years, in part because of reduced concerns about stricter gun regulation under Trump, President-elect Joe Biden has proposed tightening gun rules, including banning assault-style weapons and high-capacity magazines. Biden has also pushed for background checks for all firearm sales (online and at gun shows), and restricting how many guns a person can purchase in one month.

Minorities have comprised a disproportionately high share of gun purchases this year. The survey found that White Americans accounted for 72.4-percent of gun buyers, despite making up roughly 73.3 percent of the population (according to Census Bureau estimates). For Blacks, the 50-percent increase in gun sales among a group comprising 13 percent of the nation's population can be considered noteworthy. Further, during the first six months of the year, retailers found that the overall makeup of their customers consisted of 55.8 percent White males, 16.6 percent White females, 9.3 percent Black males, 5.4 percent Black females, 6.9 percent Latino males, 2.2 percent Latino females, 3.1 percent Asian males, and 0.7 percent Asian females.

Traditionally, many African-Americans residing in urban regions have eschewed gun ownership because firearms were associated with street gangs, and because people with more liberal political views are opposed to guns. Additionally, the vast majority of Black people are also afraid to carry guns in case they encounter police, fearing it will bring them unwarranted trouble ranging from arrest to possible death.

“People somehow forget that we have the right to defend our lives with firearms,” Toure said.

NAAGA saw its membership grow by 15,000 members this year. The group has reported a near 25-percent increase in Black women purchasing firearms. According to a Pew Research Center survey, 25 percent of these women say self protection was their primary reason for owning a gun, while 70 percent pointed to their “personal freedom” for buying a firearm.

“A lot of times in our community, we hear a lot of our politicians, unfortunately say, 'don't have a gun,'” said NAAGA Founder Philip Smith. “Well, I pushed back on that and say, 'that's the very thing that we do need.' We have families, we have investments,”

“We should be able to protect ourselves and it should be nothing wrong with that,” Smith continued. “The most insulting thing you can tell me is: 'Wait, why to Blacks need to have guns?'”

African-Americans, amid an increasing coronavirus pandemic, higher visibility of White supremacist groups, urban gang activity, and nationwide demonstrations over racism and police violence, have represented the largest number of gun purchases since 2019. Overall, the general surge in gun sales began when the coronavirus pandemic hit the country. Growing evidence indicates that once people went to the grocery stores to stock up on food, they also traveled to gun stores.

A history if disarming African-Americans

Any controversy surrounding Black gun ownership is not specific to the pandemic or social unrest. Laws stretching back to the 17th century have attempted to hinder Black people from owning a gun. In 1640, for example, a Virginia law banned Blacks from owning firearms. After the Civil War, southern states also banned Black gun ownership by passing so-called “Black Codes” strictly for that purpose. During the Jim Crow years, many southern municipalities had strict enforcement prohibiting African-Americans from possessing a gun even during the height of the Ku Klux Klan reign of terror.

“[People] are understanding that gun control first started in the 1800s...so people are realizing that every time there's a gun law that's targeting a certain group of people, it's usually the African-American group,” said Michael Cargill, owner of a retail gun store in Austin, Texas. “With that said, [African-Americans]--with everything going on — have to make sure we're legal with this firearm. We have to make sure we know what the law is. We have to know where we can take it, and where we can't take it.”

Usually, when gun sales spike it's because of an event such as a school shooting. Calls for stricter gun control laws often follow such an event. Sometimes it's a particular candidate in election season who may advocate tougher gun control laws. All the while, however, it's usually been gun enthusiasts—the people who already own guns—who are going out and buying more. It's different this time, particularly for Black people.

Derone Armstrong, pastor of Leake Memorial Church in Aurora, Colo., has handled firearms since his boyhood. He grew up hunting and continues to do so. He said he understands the nervousness Black people have in the current political climate, especially in rural areas. He recalled a hunting trip in Kit Carson County where he saw a large Confederate flag flying on nearby property.

“I thought 'Derone, you're way out here. You better watch out,'” he said.

Armstrong is leading a new charge to form a new Aurora chapter of the Black Gun Owners Association, an organization with 22 affiliates nationwide including Los Angeles, San Diego, Oakland and Sacramento. He said he formed the chapter after talking with other Black gun owners in Aurora, who said they felt uncomfortable at a predominantly White shooting range.

“My wife encouraged me to form the chapter,” Armstrong said. “I've been talking to her about getting a concealed weapons permit to protect herself because of the state of the country.” The new chapter is the Ethnic Ordinance Group—complete with a board of directors—formed primarily to teach Black people how to protect themselves, family and friends, he said.

About five years ago, after the shooting at Emanuel AME Church Charleston, S.C. where a White supremacist killed nine people, Armstrong said members of his congregation began talking about arming themselves. The pandemic this year appeared to make things even more urgent.

“When the pandemic hit, it escalated,” Armstrong explained. “People became fearful because they didn't know what was going to happen with the hoarding. And then with the rise of racism and White supremacy, people want to defend themselves.”