28 counties, including Orange -- moving back to most restrictive tier 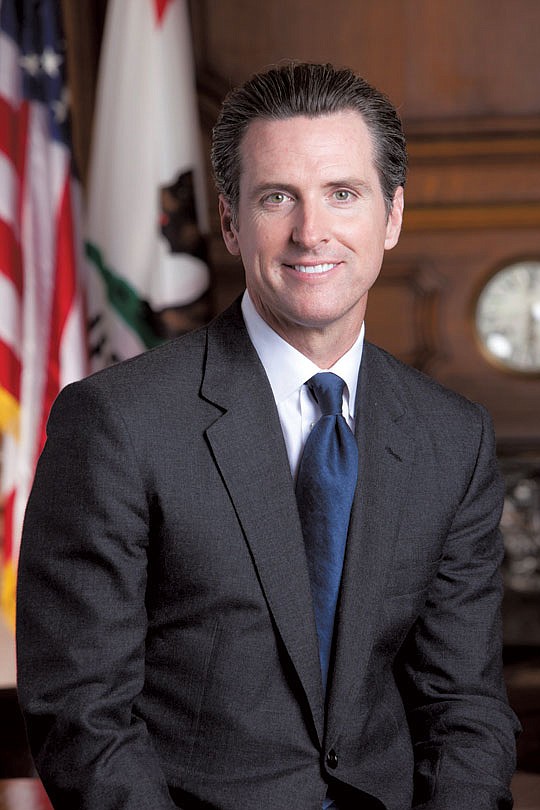 Citing what he called an unprecedented spike in new COVID-19 cases, Gov. Gavin Newsom said Monday, Nov. 16, the state is hitting an "emergency brake'' on economic activity, moving 28 counties -- including Orange -- back to the most restrictive tier of California's matrix governing business operations.

The move means 41 of the state's 58 counties are now in the restrictive "purple'' tier, which severely restricts capacity at retail establishments, closes fitness centers and limits restaurants to limited outdoor-only service. The 41 counties represent 94.1% of the state's population. Before Monday, only 13 counties were in the "purple'' tier.

The re-classifications will officially take effect Tuesday, according to the governor's office.

Orange County had been in the slightly less-restrictive "red'' tier of the four-level matrix, which allowed more businesses to operate at increased capacities, and allowed restaurants to offer indoor dining. But the county was already anticipated to fall back to "purple'' in light of rising daily case numbers. Other Southern California counties of Los Angeles, Riverside and San Diego were already in the "purple'' tier.

Newsom said daily cases numbers in the state "have doubled just in the last 10 days. This is simply the fastest increase California has seen since the beginning of this pandemic.''

Newsom noted that the biggest increase the state had seen previously was in mid-June, when California had a 39.2% increase in new cases in one week.

At the start of November, the state saw a 51.3% increase in a one-week period, he said.

He called it an "increase simply without precedent in California's pandemic history.''

Newsom also announced changes in the way counties will be classified in the state's four-tier reopening matrix. Previously, counties could only move backward in the roadmap if they failed to meet key metrics -- the rates of new cases and positive tests -- for two consecutive weeks. Now a county will be moved backward after just one week of elevated numbers.

Counties can also potentially be moved back multiple tiers in the matrix if the numbers warrant, Newsom said. Under the new guidelines, counties that are moved backward in the tier system must require businesses to meet the accompanying operating restrictions immediately, as opposed to a previous three-day grace period.

"We want to see the application and implementation of this new tiered status occur in a 24-hour period,'' he said.

The state previously updated counties' placement in the matrix once a week -- every Tuesday -- but now counties can be moved at any time based on the numbers, the governor said.

Newsom said the spike in cases raises concerns about a possible overwhelming of the hospitals. To help prevent such an impact, he said the state has 11 "surge facilities'' that can be activated to prevent hospitals from being overrun in particularly hard-hit areas. Those facilities have a total capacity of 1,872 beds.

He said the first such facility will be activated in Imperial County.

The governor said more announcements could be made later in the week about additional restrictions, including a business curfew -- an idea Los Angeles County is expected to consider this week. The idea would be to restrict operating hours at businesses or restaurants in hopes of limiting public intermingling.

"We are assessing that as well,'' Newsom said, saying the state is reviewing studies conducted by authorities in France, Germany and Saudi Arabia about the effectiveness of curfews.

"All of that is being assessed,'' he said. "We want to socialize that. We have a lot of questions about what that looks like, what that doesn't look like, who does it impact, who doesn't it impact, what does a real curfew mean in terms of certain kinds of industry and business activities. That's what we're referring to in this space.''

In making the announcement about heightened restrictions, Newsom for the first time publicly acknowledged and apologized for attending a recent birthday party at a Napa restaurant for a longtime adviser, an event that earned him rebuke from critics saying he was failing to adhere to his own restrictions against gatherings.

"As soon as I sat down at the larger table, I realized it was a little larger group that I anticipated,'' Newsom said. "And I made a bad mistake. Instead of sitting down, I should have stood up and walked back, gotten in my car and drove back to my house. Instead I chose to sit there with my wife and a number of other couples that were outside the household.

"...The spirit of what I'm preaching all the time was contradicted, and I've got to own that. So I want to apologize to you, because I need to preach and practice, not just preach and not practice. And I've done my best to do that. We're all human. We all fall short sometimes.

"...I shouldn't have been there. I should have turned back around. So when that happens, you pay the price but you also own the mistake and you don't ever make it again. And you have my word on that.''