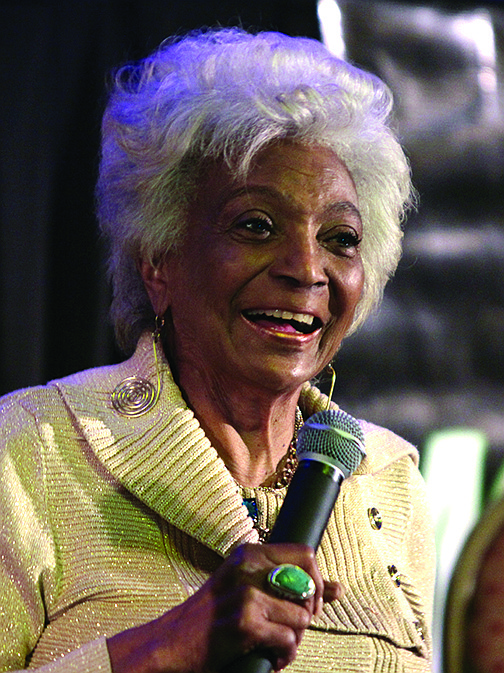 Nichelle Nichols’ son is expected to ask a New Mexico court to grant him a new conservatorship of his mother in that state, where he moved the 87-year-old “Star Trek” actress on Nov. 1, his attorney told a Los Angeles judge.

When Nichols was still living at her longtime Woodland Hills home, Los Angeles Superior Court Judge Barbara Johnson appointed 68-year-old Kyle Johnson—no relation to the judge—as the permanent conservator of his mother’s person and her estate. The judge said a conservatorship was appropriate because of Nichols’ dementia. In August, the judge approved the move of Nichols to New Mexico.

Judge Johnson has since retired and during a recent hearing, Kyle Johnson’s lawyer, Jeffrey Marvan, told Judge Paul Suzuki that his client interviewed two New Mexico lawyers about handling the new conservatorship there. Marvan said the two lawyers were both in a race to be elected judge and that the loser will be the one hired.

“OK, that’s an interesting dilemma you have there,” Suzuki told Marvan.

In a sworn declaration submitted to the court earlier in support of Kyle Johnson’s move of his mother to New Mexico, one of the actress’ sisters, Marion Smothers, noted that her nephew has lived in that state with his wife since the early 1990s.

“He is a respected member of his community and the former general manager of a radio station; he has many friends and a network of resources to support him,” Smothers wrote. Smothers said Nichols’ income is limited and that her life has been impacted by aging and the coronavirus’ effect on the economy. Smothers also said she already cares for her disabled husband and that Nichols’ other siblings have health concerns of their own.

Meanwhile, Suzuki said he would defer to the New Mexico courts on a request by Angelique Fawcett, a friend of Nichols, to resume previous visits she had with the actress through a court order. Fawcette says she agreed in December 2018 to drop her challenge to Johnson being made his mother’s permanent conservator in exchange for two monthly meetings with Nichols, whom she met in 2012.

For years, the two went to lunch together and visited each other on Christmas, according to Fawcette’s court papers. But Fawcette maintains in her court papers that Johnson stopped allowing the visits in 2019. Her attorney, Farris Ain, asked that the visits be resumed, even if they were by video.

“If the person is in New Mexico, I’d rather let them decide,” Suzuki said. “I’m especially concerned if someone is leaking information to the media.”

Nichols played Lt. Uhura, a translator and communications officer, aboard the USS Enterprise in the “Star Trek” series that ran on NBC from 1966-69, and also appeared in some of the later “Star Trek” movies.