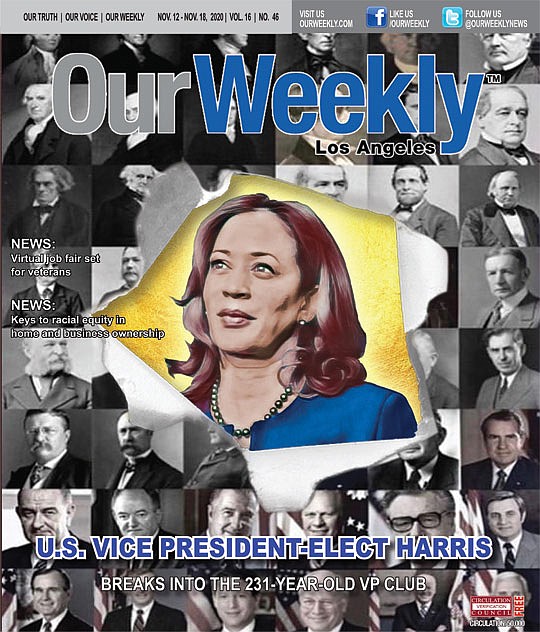 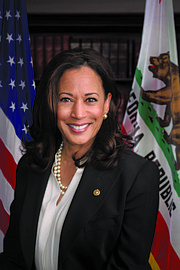 Sen. Kamala Harris’ meteoric rise to the second highest office in the land has not come without historic controversy. From Harriet Tubman, Fannie Lou Hamer, Shirley Chisolm and to Michelle Obama, America has a long and sad history of attacking and insulting Black women who rise to positions of power and influence.

Often, these attacks dwell within the cross-sections of race and gender. At times it is difficult for the public to discern when a “race-neutral” or “gender-neutral” attack is shaped by racial or gender bias.

When Harris announced her candidacy for president in January 2019, online attacks ranged from the sublime to the ridiculous such as ‘she doesn’t look Black,” “she’s only half-Black,” to “she’s high yellow,” “her hair is too straight” or even “her nose and lips are too thin.” These theories and opinions have emanated from unexpected sources among the most familiar creeds and colors.

A more introspective look may reveal some attacks are based on negative stereotypes and implicit biases against powerful and influential Black women. There have been a series of attacks against Harris questioning her credibility, labeling her as “untrustworthy” or simply reducing her to “a cop” or “too radical.” These descriptions do not by themselves identify a clear camp of prejudice, but each of these simplifications and reductive narratives taken separately are disproportionately brought against ambitious Black professional women working in a variety of fields.

Harris, who once served as California’s attorney general and district attorney in San Francisco, could be considered a common denominator of a report released this summer by the American Bar Association which stated that women of color who are leaders “experience racial and sexual stereotyping, token status, inaccurate assessment of work productivity and unrealistic expectations” that tend to mitigate against the attainment of higher level positions. When this implicit bias is applied to the legal profession, the report indicated that “women of color expressed having to prove themselves over and over again and [are] held to a different standard than their White male and female counterparts.”

Harris’ successful career offers many valuable lessons. She has demonstrated incredible career ambitions. As a district attorney, she gradually set her sights on higher positions and looked for opportunities to advance her career. During her Senate campaign, for instance, she was the first candidate to declare her intention to run for the open Senate seat in California.

Harris is well informed. Prior to becoming President-elected Joe Biden’s alley, Harris took on the former vice president in the Democratic Party presidential primaries in her vocal support of school busing saying, in effect, that she was a beneficiary of that form of racial integration.

Harris is goal oriented. Many argue that Harris’s strong actions as a public prosecutor — especially regarding the Black community in the Bay Area — were either ‘insufficient’ in helping to stem crime, or ‘excessive’ in adhering to the letter of the law. During the primaries, Harris made it clear that she was proud of the work that she did and the goals she accomplished during her time as a prosecutor.

Harris, 56, is the first person of South Asian descent elected to the vice presidency. She represents a multiculturalism that defines America, but is largely absent from Washington’s power centers. Harris’ Black identity has allowed her to speak in personal terms in a year of reckoning over police brutality, systemic racism, and the continual fight against sexual harassment against women broadly defined by the MeToo movement.

Kamala is Sanskrit for ‘lotus flower’ and Harris gave nods to her Indian heritage throughout the campaign. She gave a shutout to her ‘chitthis,’ a Tamil word for a maternal aunt. When Georgia Sen. David Perdue mocked her name at an October rally, the hashtag #MyNameIs took off on Twitter, with South Asians sharing the meanings behind their names.

One day after her historic election, Harris delivered a speech in which she told children to “dream with ambition, lead with conviction, and see yourselves in a way that others may not, simply because they’ve never seen it before.” Harris’ position has added significance because, at 78, Biden is the oldest person elected to the presidency and has not committed to seeking a second term in 2024.

Harris often framed her candidacy as part of the legacy of pioneering Black women who came before her. Harris’ speech paid tribute to educator Dr. Mary McLeod Bethune, Dr. Dorothy Height of the National Council of Negro Women, and the aforementioned civil rights icons Fannie Lou Hamer, and Rep. Shirley Chisholm, the latter being the first Black candidate to seek a major party’s presidential nomination, in 1972. Saturday’s victory speech paid tribute to these and other Black women “who are too often overlooked but so often prove they are the backbone of our democracy.”

New voice at the table

Rep. Pramila Jayapal of Washington said Harris’ power comes not only from her life experience, but also from the people she already represents. California is the nation’s most populous and among its most diverse states. Nearly 40 percent are Latino, and an estimated 15 percent are Asian and African-Americans are about 6 percent of the population. In Congress, Harris and Jayapal teamed up on bills to ensure legal representation for Muslims targeted by Trump’s 2017 travel ban, and to extend rights to domestic workers.

“That’s the kind of policy that also happens when you have voices like ours at the table,” said Jayapal who, in 2016, was the first South Asian woman elected to the House of Representatives.

San Francisco Mayor London Breed, who considers Harris a mentor, views Harris’ success through the lens of her own identity as the granddaughter of a sharecropper.

“African-Americans are not far removed from slavery and the horrors of racism in this country,” Breed said. “We are still feeling the impacts of that with how we’re treated and what’s happening around this racial uprising. The vice president-elect, Breed added, ‘instills a lot of pride and hope and a lot of excitement in what is possible.”

Despite the excitement surrounding Biden and Harris, the two face steep challenges including a pandemic that has taken a disproportionate toll on Black people, and a series of police killings of African-Americans that have deepened racial tensions. A divided Congress will only add to their woes.

Additionally, Harris’ past work as a prosecutor has prompted skepticism among progressives and young voters who are looking to her to back sweeping institutional change over incremental reforms in policing, drug policy and more.

“It means to me that anything is possible,” said Breyonne Golding, 35, who was enjoying a sunny day in Leimert Park. ‘I think as a black woman, it opens the door a lot wider. I think we were pushing the door anyway and so this just swung it right open.’

‘We’ll see exactly how many other people can come through that door with her,’ Golding said. ‘But to see somebody in that position, it gives hope for Black women to just go for it.’

Other supporters said Harris impressed them by standing in her Blackness and her truth. Harris’ place in history for Black women is not lost on her. On Monday, Nov. 9, Harris tweeted a direct message to Black women: ‘I want to speak directly to the Black women in our country. Thank you. You are too often overlooked, and yet are asked time and again to step up and be the backbone of our democracy. We could not have done this without you.’

The daughter of immigrants from Jamaica and India, Harris grew up in Oakland and her life has been the definition of breaking barriers.

‘It’s been mixed for me. I absolutely was rooting for Kamala. I’m a Howard (University) alum myself. I’m proud of her and what she represents and how she is the first of a lot to be the vice president,’ said Taylor Campbell, 32. ‘I’m not as excited as other people were, partially because I expect Black excellence.’

Campbell believes that Harris is an inspiration. ‘I think my favorite part about her speech was when she was speaking to young Black girls (saying) ‘you’re next…’ I think that’s the thing that I appreciate the most,’ Campbell said.

‘I’m hoping with the next generation that this will be the norm to be like ‘I can be the president’ of this country or this university, or the CEO of this business and not just a regular business but Fortune 500 companies,’ Golding added.

Mariah Adanene, 26, shared similar feelings, hoping Harris will empower more entrepreneurship in the Black community. ‘As a black business owner, I also feel like her election has allowed others to dream big. That there are endless opportunities out there to do what you want to do.’ said Adanene. ‘It’s going to be interesting to see who else she can bring through those doors and what change is going to happen.’