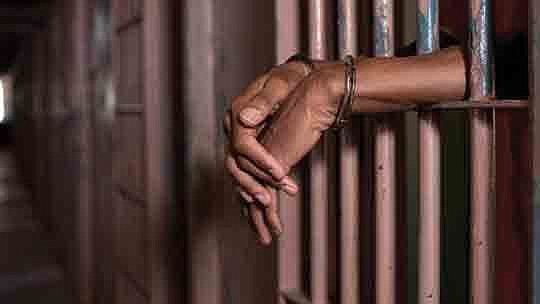 The release of thousands of inmates from Los Angeles County jails in response to the coronavirus failed to reduce the proportion of mentally ill inmates or racial disparities in the lockups, both of which are on the rise, according to a county report released this week.

The analysis—by a county taskforce charged with mapping out what would be required to close the crumbling Men’s Central Jail (MCJ) by July 2021—notes that the overall county jail population is rising again after dropping by roughly one-third.

That number would need to be cut significantly in order to support closing the downtown jail, which was built in 1963 and houses roughly 4,000 of the more than 13,000 individuals held in custody countywide, based on an Aug. 19 point-in-time count.

Based on that count, the proportion of both Black men and women in county jails has increased since before the virus struck. Black people made up 29 percent of the jail population pre-COVID and 31 percent on Aug. 19, while the number of White inmates dropped from 15 percent to 12 percent.

“A higher proportion of White and Hispanic/Latinx people and lower proportion of Black people were released early compared to their representation in the jail population,” the report concluded.

More than half of all inmates in Los Angeles County jail are being held for non-violent offenses, and nearly half are awaiting trial rather than convicted of any crime.

The drop in overall population was part of efforts to reduce the spread of the coronavirus and due largely to a combination of decreased bookings, an emergency zero-bail program that allowed non-violent offenders to be released while awaiting trial, and a move to release inmates with a short time to the end of their sentence.

The number of inmates in custody has since increased as pre-COVID law enforcement and court practices resumed, according to the report. More than 2,000 inmates sentenced to state prison are also stuck in local jails because of a moratorium on transfers related to the virus.

One of several committees of the workgroup, which is chaired by Assistant Sheriff Bruce Chase and Office of Diversion and Reentry Director Peter Espinoza, is still trying to determine how many inmates could be safely diverted into community programs and how many jail beds are needed for those who must remain behind bars.

“Information about medical, mental health, substance use disorder and other specific needs is critical to understand as the committees consider where certain services and programs can be provided to meet those needs, as MCJ closes,” the report stated before making a commitment to racial equity. “The committee is paying close attention to racial equity in developing a plan to close this facility and continue to reduce the jail population.”

Both the Board of Supervisors and Sheriff Alex Villanueva believe the old jail is ill-suited to house inmates, especially those with mental health issues.

At one point last year, the board seemed likely to approve a large-scale mental health jail in its place, a plan the sheriff favored. However, the supervisors have since been swayed by civil rights advocates who argued that the county would be better off investing in smaller, community-based mental health and substance abuse centers while expanding jail diversion programs to permanently reduce the jail population.

The sheriff has made clear that he does not believe the county can cut the jail population sufficiently, without threatening public safety, or close Men’s Central without building another county facility.

In order to shut down Men’s Central within one year, as proposed in a motion co-authored by Supervisors Hilda Solis and Sheila Kuehl in July, the county would need to transfer inmates to other county jails distant from the courts and also fund sufficient community-based services to support diversion programs for mentally ill offenders.

The report notes that some inmates require a level of specialized medical care not readily available in community-based facilities.

“I don’t know that we can get to a level where we can close this facility without a replacement,” Barger said. “We cannot turn a blind eye to the fact that not everyone can be diverted. Those who remain in custody are worthy of meaningful treatment.”

In July, Tab Rhodes, president of the Police Peace Officers Association, highlighted the complexity of any plan to close the jail.

“The need for a jail facility in the downtown area is a key factor in the local criminal justice system,” Rhodes said. “Men’s Central Jail is needed at this point to provide wrap-around services that deal with rehabilitation not currently available at other remote jail facilities in the county, ease of visits, specific housing for high security concerns and centralized access to the downtown courts.”