Measure RR will provide LAUSD with money for improvements 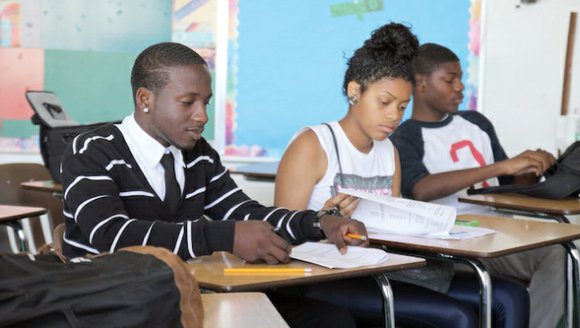 to improve its facilities and technology, as well as increase safety measures amid the COVID-19 pandemic, was overwhelmingly approved by district voters.

The measure received support from nearly 71% of voters, according to preliminary results of Tuesday's election released early Wednesday. An unknown number of ballots still need to be counted, but they are unlikely to impact the outcome of the election.

According to LAUSD documents, the lion's share of the funds -- about $3 billion -- would be used to upgrade the 70% of district facilities in desperate need of repairs, and to create modern learning environments within them.

The money would also be subject to independent audits and citizen oversight, and no funds would be used for administrative salaries, according to the ballot language. 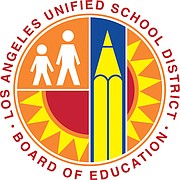 "On behalf of the entire Los Angeles Unified school community, thank you, voters. The students are the real winners today, this victory is theirs. Because of voter support, and the support of labor, business and community leaders, more students will get access to safe and updated schools and learning technology,'' Beutner said.

"We acted boldly during these uncertain times by placing Measure RR on the ballot, knowing we needed to continue to address needs in school facilities. We are grateful voters overwhelmingly supported this effort.''

The LAUSD Board of Education voted unanimously to place Measure RR on the ballot, and in its overview document of the measure, school officials said the district has more than $50 billion in needed repairs and upgrades.

Measure RR needed 55% of the vote to pass because it would raise property taxes, per California state law. The cost of repaying the bonds would be taxed at about $2.17 per $100,000 of assessed property value. The measure is expected to raise about $329 million annually until 2055.

Measure RR is similar to the last $7 billion LAUSD school facilities bond measure that was passed in 2008, Measure Q, although that measure was mostly reserved solely for making immediate repairs to school buildings.

There was no organized opposition to the measure, according to documents from the Los Angeles City Ethics Commission, which tracks LAUSD election campaign spending.

In turn, the political action committee "Yes on RR-Committee for Safe, Updated, Modernized Schools,'' has so far garnered more than $1.5 million in support of the measure -- mostly from labor unions -- and it has spent a little more than $1 million of that money on political advertising, Ethics Commission documents show.

Los Angeles Unified School District Board of Education races have grown increasingly contentious in recent years, and this election was no exception, with the traditional debate over charter schools fueling the battle.

Schmerelson, who had 54% of the vote, was strongly backed by the United Teachers Los Angeles teachers union and Koziatek was backed heavily by the California Charter Schools Association.

Castellanos is a co-founder of Reclaim Our Schools L.A. and Ortiz Franklin is a former teacher who works with the Partnership for L.A. Schools.

Castellanos was also heavily backed by UTLA, while Franklin had support from a variety of charter school backers.

The seat was open due to Richard Vladovic being termed out of office.

Incumbent board members Jackie Goldberg and George McKenna were both reelected in the March primary in Districts 5 and 1, respectively.

The new board will have to deal with a raft of politically sensitive issues, such as managing the continuing learning challenges presented by the coronavirus pandemic and an increasingly intense push to "defund'' the School Police Department.