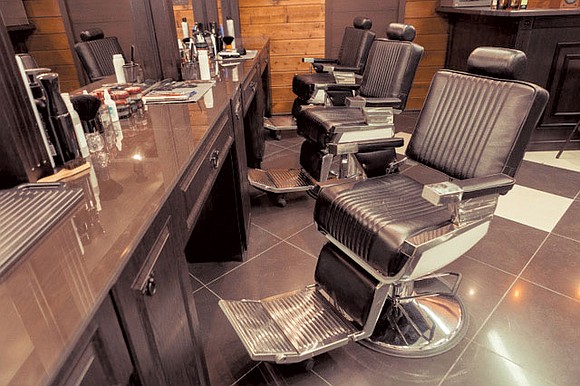 But unlike Georgia, California Gov. Gavin Newsom said businesses like barbershops, beauty shops, and nail salons will not be allowed to begin servicing their customers again until the third phase of the state’s reopening plan.

“Phase three is not a year away. It’s not six months away. It’s not even three months away. It may not even be more than a month away,” Newsom said at a recent press conference. “We just want to make sure we have a protocol in place to secure customer safety, employee safety, and allow the businesses to thrive in a way that is sustainable.”

The Black Small Business Association of California (BSBA) wrote letters to Sacramento Mayor Darryl Steinberg and Newsom urging them to consider allowing barbers and cosmetologists to safely resume their business.

“While we understand the need to prioritize public health and safety during this unprecedented crisis, the economic devastation of this moment cannot be overstated,” the letter read. “This loss of income is compounded by the limits of California’s safety-net services and has left too many barbers and cosmetologists without assistance during this difficult time.”

The BSBA claimed that many of the protections federal and state officials promised to small businesses did not reach barbers and cosmetologists.

“For example, many of these individuals have applied for Unemployment Insurance, but were denied,” the letter read. “Others applied for the federal Paycheck Protection Program and Economic Injury Disaster Loans through the Small Business Administration and were denied access to these funds as well. In addition, few if any have received access to information about local emergency funding options when these funds have been made available.”

In addition to those letters, the BSBA, along with the Mixed Cosmetology School, several barbers and cosmetologists wrote safety guidelines to serve as a model for how these specific businesses could begin reopening sooner rather than later.

Robert Brown, a barber at Another Look Hair Salon in Sacramento, highlighted some of the unique issues facing barbers and beauticians during the pandemic.

“Many African-American-owned salons didn’t qualify for the PPP loan because we rent booths to our stylists and barbers,” Brown said. “We didn’t have the payroll numbers to give banks to qualify.”

The Paycheck Protection Program (PPP) is a federal government stimulus loan program under the CARES act that provides cash to small businesses to cover payroll. The federal government forgives the loan if 75 percent of it is used to keep employees hired.

California joins several other states in reopening businesses after months of closures in the midst of this pandemic. But due to the size of the state, Gov. Newsom says, the reopening process has been based on the needs of different counties.

Dave Charles Presley Jr., a Rialto resident and barber for 28 years, had to move out of his apartment due to all of the revenue he has lost since the COVID-19 pandemic began.

“It’s been an absolute nightmare,” Presley said. “I’m looking at all of these politicians with these fresh haircuts, yet our businesses are suffering. I know they didn’t cut that themselves.”