You don't need a year's supply of toilet paper 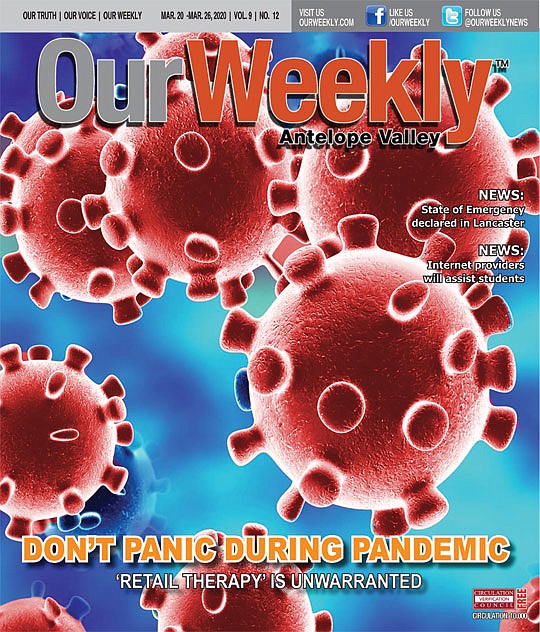 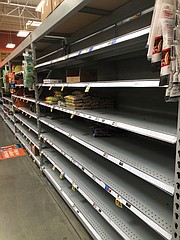 Panic buying has been rife around the globe in wake of the coronavirus pandemic. Customers have been stockpiling goods like hand sanitizer, bottled water, canned goods, paper towels and toilet paper.

The trend has seen stores in some nations ration products. The U.K. is limiting sales of hand hygiene products. Australians have seen restrictions on paper goods. Americans now have to awaken before dawn to purchase cases of bottled water, which are now limited to two per customer.

America not alone in frenzy

America isn't alone in experiencing empty shelves. Mass demand for rice and noodles in Singapore prompted Prime Minister Lee Hsien Loong to assure the public that there was enough to go around. In Auckland, New Zealand, supermarket spending shot up 40 percent in about 72 hours. Shoppers in Malaysia wanting to pad their “pandemic pantries” have driven an 800-percent increase in weekly hand sanitizer sales. All of these places have confirmed cases of coronavirus.

Psychologists explain this phenomenon as “retail therapy,” defined as when, where and what we buy to better manage our emotional state. Experts suggest that the answer may lie in a fear of the unknown, and believing that dramatic events warrant a dramatic response — even though in this case, the best response is something as mundane as washing your hands for 20 seconds.

In some ways, the trend of panic buying is a way for people to take back control in uncertain times. Many psychologists have suggested that panic buying can be understood as playing to our three fundamental psychology needs in (1) autonomy—as in the need for control; (2) relatedness—better defined as “we shopping” rather than “me shopping”, and (3) competence—whereby a level of accomplishment is achieved and making a purchase gives people a sense that they are “smart shoppers.”

In the U.S., people initially received conflicting messages from the Centers for Disease Control and Prevention and President Donald Trump. It was no surprise that people were worried when one organization says the matter is urgent, and another says it's under control. With the virus present in all 50 states, and daily life has been altered from coast to coast, an unexpected “fear contagion” has taken hold.

Often in times of uncertainty, people can enter a “panic zone” that makes them irrational and—in rare cases—borderline neurotic. In other disaster conditions like an earthquake, tornado or hurricane, people tend to prepare because they know how many supplies they will need. It's hard to do that with a virus that scientists around the world are still learning about.

Peter Noel Murray, a New York-based member of the American Psychological Association and the Society for Consumer Psychology, is uncertain that persons in authority have the power to calm the panic-buying trend.

“On the emotional side, the answer is self-affirmation,” he said. “In our minds, we know one day we are going to be dead, and the mind deals with it through [seeking] control.” He said there is an “over-estimation” of fear and people's minds need to respond to those kinds of feelings.