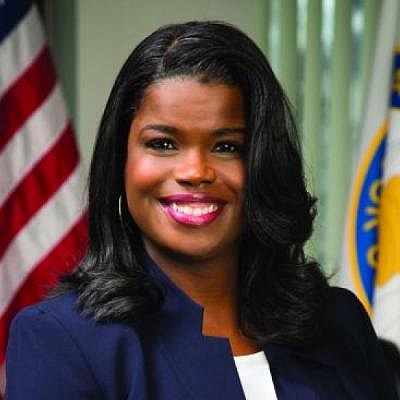 “There was an effort to make this election about one big case involving a celebrity. The voters have overwhelmingly put that fallacy to rest,” Foxx said in her victory speech late Tuesday night. In-person voter turnout was at a historic low on Tuesday as the government implemented social distancing and quarantine guidelines amid the COVID-19 outbreak.

Several states postponed their primaries due to the pandemic, including Louisiana, Kentucky, Georgia, Maryland and Ohio. Foxx, 47, became the first Black woman to serve as chief prosecutor in Cook County when she was elected in 2016. Cook County, which includes Chicago, is the second-largest prosecutor’s office in the U.S., overseeing about 800 attorneys.

Between Foxx and Conway alone, the two candidates raised almost $16 million combined, making it the most expensive Cook County state’s attorney race in history. Last year, Foxx came under heavy criticism for choosing to drop charges against actor Jussie Smollett, who was accused of staging a racist and homophobic hate attack against himself last year in Chicago.

Foxx, widely known as a criminal justice reformer, dropped the 16 felony charges against Smollett in keeping with her overall promise to send fewer nonviolent offenders to prison. Critics, including President Donald Trump, denounced Foxx’s decision, claiming she let Smollett off the hook because he’s famous.

“That we are continuing to talk about this in a city that continues to deal with gun violence, in a city that is continuing to reckon with police accountability,” Foxx told the Chicago Sun-Times earlier this month, “that somehow this case has been elevated to one of the greatest criminal injustices in our time feels disingenuous.”

In the wake of the criticism, Foxx acknowledged some mistakes and admitted she could have been more transparent. She later recused herself from the Smollett case. In an unprecedented move, a local judge reversed Foxx’s judgment last month and appointed an outside prosecutor to reexamine the case. Some have suggested that Foxx faced attempts to undermine her authority and discredit her judgment because she is a Black woman in a position of power.

After the Smollett dismissal, several White nationalist groups, including the Proud Boys and the American Guard, sent her racist threats and showed up for a protest organized by a local police union.

“She has no margin for error,” Tanya Watkins, who runs SOUL in Action, a PAC that supports Black candidates, told the Associated Press last week. “The things I’ve heard said about this Black woman have reminded me how much more difficult it is to be a Black woman in the public arena.”