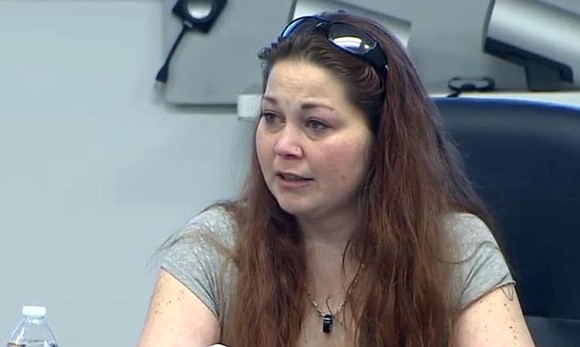 For hours Tuesday, Jessicah Black tried to explain why she said she lied in two separate trials that resulted in five teenagers getting convicted of robbing and killing Nathaniel Jones, the 61-year-old grandfather of NBA star Chris Paul, reports the Winston Salem Journal.

She appeared on the second day of a hearing in Raleigh in front of the N.C. Innocence Inquiry Commission, which is re-examining the case and considering whether four of the five teens, now men in their 30s, are really guilty of murder. Two of the men — Nathaniel Arnold Cauthen and his brother, Rayshawn Denard Banner — are each serving a sentence of life with parole.

Christopher Levon Bryant and Jermal Tolliver were convicted of second-degree murder and have since been released. Dorrell Brayboy also was released from prison but was stabbed to death outside a Food Lion on New Walkertown Road. Cauthen, Banner, Bryant and Tolliver have all filed claims of innocence with the N.C. Innocence Inquiry Commission. The commission only considers claims from people who are alive.

Also testifying at the hearing Tuesday was Hunter Atkins, a former sports reporter for the Houston Chronicle (Paul previously played for the Houston Rockets). Black first recanted her testimony in an interview with Atkins, who had also interviewed all five defendants. He has not published a piece on the case.

Black, now 33, was the key witness in two trials that put all five teenagers away for Jones’ murder. She testified that she drove the teenagers, whom she had befriended a month or so prior, to and from the area where Jones’ house was. She told jurors that she sat outside at a picnic table and heard a man, presumably Jones, screaming. She also said that before the attack, she heard several of the teenagers outline plans to rob Jones. But on Monday, commission members saw a videotaped deposition in which Black recanted her testimony and said that everything she said implicating the five teenagers was a lie.

Jones, a friendly church-going gas station owner, was found lying in the carport of his home on Moravia Street on Nov. 15, 2002. At the time, Paul was a senior standout basketball player at West Forsyth High School and days after his grandfather’s death, he scored 61 points at a basketball game in his grandfather’s honor.

Paul now plays for the Oklahoma City Thunder. On Tuesday, Black sat at a table facing commission members and staff. In front of her were two water bottles and a box of tissues she pulled from liberally as she wiped tears from her face. During her testimony, her face morphed from one of defiance to one marked by apparent grief and guilt. One of the commissioners asked her why she was crying. Black told her that she had been crying the whole time she drove from her Davidson County home to Raleigh, from the time she got out of her car and the moment she walked into the hearing room.

“I’m so sorry for what happened,” she said. “I’m so sorry for (Jones’ family’s) loss and I’m sorry that things went like they did...I’m just sorry.” Commissioners, however, pushed her for details on what she remembered happening on Nov. 15, 2002. She said she picked up at least four of the teenagers and that they went to her house with plans to change because they were going to attend a party.

Those plans changed and they ended up driving around, smoking marijuana and making stops at a bowling alley in Winston-Salem, Hanes Mall and in Midway. But Black said she couldn’t remember exactly who was with her. At another point in her testimony, she said she was certain that the teenagers were with her between 4:30 p.m. and 8:30 p.m. on Nov. 15, 2002. Winston-Salem police responded to Jones’ house at 7:54 p.m. that night.

She maintained throughout the hearing that Winston-Salem police detectives coerced her into making false statements and that she was scared she would be charged if she didn’t do what they wanted. “I feel like they got what they wanted,” she said.