Women of color receive too little recognition at awards shows 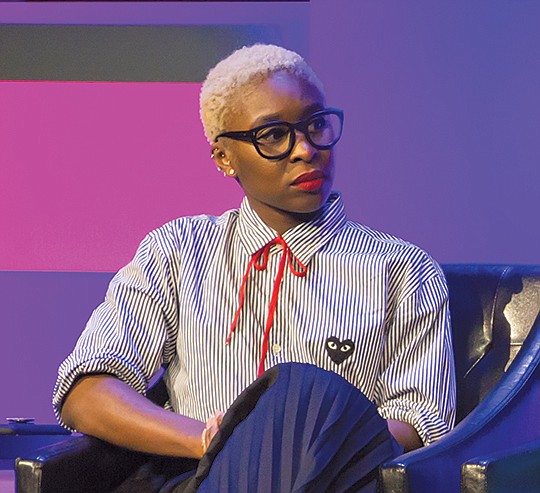 It certainly is a man’s world, when it comes to the entertainment industry.

At the beginning of each year, Hollywood acknowledges people in the music and film industries for their hard work and contributions to a successful year. However, women are usually outnumbered when it comes to winning awards, especially women of color, who are over looked in awards shows.

The Academy of Motion Picture Arts and Sciences nominated one woman of color this year.

“There’s the feelings and the facts. The facts are there is progress and that progress is sustaining itself,” producer and best-selling author DeVon Franklin said in an interview with another media outlet. “The feelings are, with every Oscar season there are going to be these surprises that remind us that there’s still more work to be done.”

Is it really that surprising?

Many attest that movies such as “Harriet,” or “Us,” were completely under represented. Although 2019 had quite the list of movies with African-American actors, not one of them won an Oscar.

The only woman of color who was nominated for an Academy Award this year was actress Cynthia Erivo for “Best Actress” for her role in “Harriet.” Neither Jennifer Lopez for her supporting role in the movie “Hustlers,” nor Lupita Nyong’o for her leading role in the movie “Us,” nor Nora Lum - known professionally as Awkwafina - for her first lead in the movie “The Farewell” were nominated.

Other awards shows at least acknowledged more than one person of color.

Erivo is only the 11th African-American actress who has been nominated for “Best Actress” in the history of the Academy Awards.

“This moment is so much bigger than me [...],” Berry said in her emotional acceptance speech. “It’s for the women that stand beside me, Jada Pinkett, Angela Bassett, Vivica Fox. And it’s for every nameless, faceless woman of color that now has a chance because this door tonight has been opened.”

Thirty percent of nominees this year were women, and 20 percent were persons of color. So there it is.

“#OscarsSoWhite is meant to encompass all races and ethnicities, all sexual orientations, all genders, all ages, First Nation status and disability—visible and non-visible,” Creator of the #OscarsSoWhite movement April Reign said in an interview with ABC news. “I think people rely too much on the black versus white dichotomy.”

The only winner that was “Black” per se, was the short animated film “Hair Love” that won an Oscar for its creators, Matthew A. Cherry and Karen Rupert Toliver.

“The bottom line is you’re not going to please anyone and I don’t think the Academy wants to get in the business of pleasing groups of people,” Co-founder and president of the African-American Film Critics Association, Gil Robertson said in an interview.