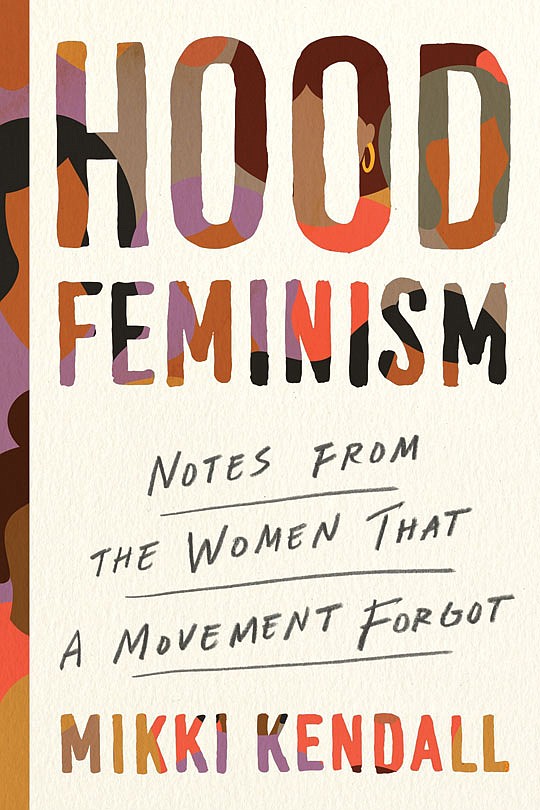 A sea of people. That’s what you saw, overlooking the crowd at the rally you attended. More people, perhaps, than you’d ever seen in one place before, all gathered together for one ultimate cause. Or were they? In the new book "Hood Feminism" by Mikki Kendall (2020, Viking), look again: was that sea of people mostly White?

Chances are, says Kendall, if it was a women’s event, many were. White feminists "can lean in," but they sometimes don’t "show up when Black women" have different issues to deal with. Feminism, she says, can’t "forget that a movement that claims to be for all women" must "engage with the obstacles women who are not White face."

"And when we act as allies," she says, "feminists have to be willing to listen to and respect those we want to help."

That includes understanding that guns have a lot to do with feminism because poor women and Women of Color are "more likely to be victims of gun violence." It includes knowing that hunger and homelessness are painful realities for many Black women, and that it doesn’t help to make either seem like they were the result of "bad choices."

Respect means that victims of abuse and sexual harassment are not blamed for their clothing, job, or hairstyle. It means never asking what they were drinking when they were assaulted. It means the end of hypersexualizing young Black girls and women. It means accepting their unique beauty, without politicizing hair or body shape, and without comment. This also, by the way, extends to trans women of any color.

Feminism for all means that we ignore fear and misconceptions of "the hood." It means that we must "unteach the normalization of violence against women." It demands that we confront family and friends who hold racist ideals. It means supporting health measures for women and their children. It means voting for the good of all women, and it requires that allies occasionally "stop, step back, and realize they are still part of the problem."

In tackling "Hood Feminism," there may come a time when a reader finds it necessary to split the narrative.

On one hand, author Kendall offers exactly what she promises: an uncomfortable truth, because it’s necessary and because she’s kind, and laying out this information is a sort of kindness. The things she points out are vital for people who profess to be "feminists" to know, and while that may not be any fun, neither is ignorance. Fingers out of your ears, think of this book, maybe, as consciousness-raising workshop plus personal intervention.

On the other hand, however, Kendall paints white women with a mile-wide, ten-feet-tall brush of condemnation, that may or may not be fair. Yes, these are words that white women need to hear... and yes, they’re also somewhat overgeneralized.

Still, keep in mind that this is a book to help, not to censure, and even though it stings, you’ll be glad you read it. Find "Hood Feminism." It offers an ocean of thoughts to ponder.