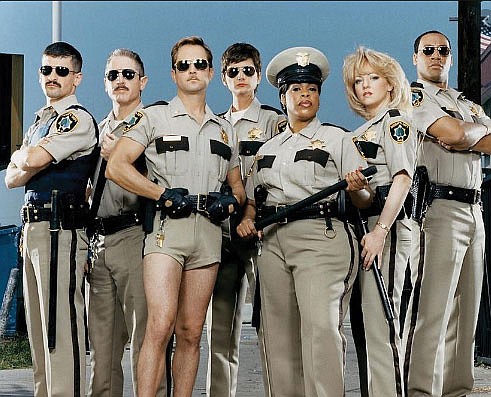 The cast of Comedy Central’s popular television show Reno 911! has taken time out of their busy schedules to remind Santa Clarita residents to perform the #9PMRoutine nightly.

The #9PMRoutine, promoted by the Santa Clarita Valley Sheriff’s Station and the City of Santa Clarita, calls for individuals to remove any valuables from vehicles, lock vehicle doors and trunks, check exterior door locks and turn on exterior lights. Making this simple routine a priority every night at 9 p.m. can be the difference between safety and becoming a victim of crime.

In the public service announcement video, each “officer” highlights the routine’s crucial steps in their own humorous and banter-filled way, guaranteeing a lasting impression. To help spread the word, Santa Clarita residents are asked to share the video with their community and to encourage friends, family and neighbors to partake in the #9PMRoutine. The #9PMRoutine continues to be one of the best ways to thwart crime and maintain safety in the Santa Clarita community.

The public service announcement can be viewed on the city of Santa Clarita’s Facebook page, @cityofsantaclarita.