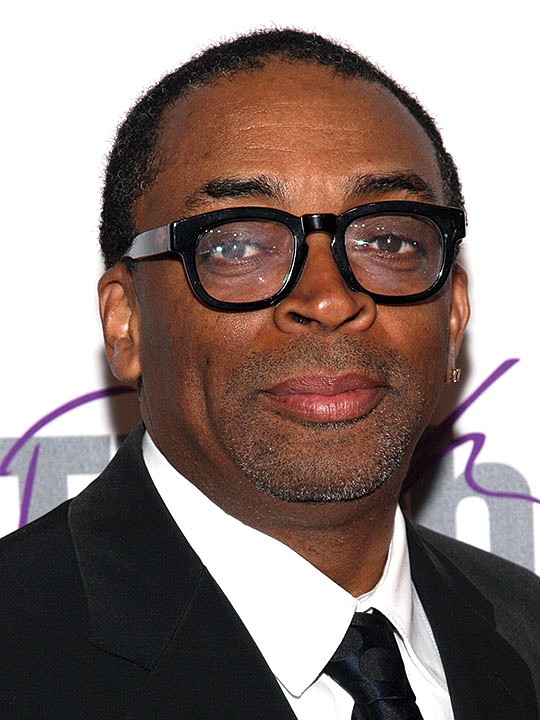 The New York Knicks responded Tuesday to Spike Lee’s assertion that he is being “harassed” by the team’s owner, James Dolan, with a counter-allegation, accusing the Academy Award-winning director of creating “a false controversy to perpetuate drama,” reports NBC News. “The idea that Spike Lee is a victim because we have repeatedly asked him to not use our employee entrance and instead use a dedicated VIP entrance — which is used by every other celebrity who enters the Garden — is laughable,” the Knicks said in a statement Tuesday. “He is welcome to come to the Garden anytime via the VIP or general entrance; just not through our employee entrance, which is what he and Jim agreed to [Monday] night when they shook hands.” The statement came a day after a video of Lee yelling at security in front of an elevator in Madison Square Garden circulated online, leading people to speculate whether Lee had gotten thrown out of the venue where the Knicks were playing the Houston Rockets. In the video, Lee can be heard saying: “I’m staying here. And if you wanna arrest me like Charles Oakley, go the f--- ahead.” Oakley, a former Knicks player, was forcibly removed from his courtside seat at a game in 2017 for yelling at Dolan and scuffling with security guards. He was later arrested. Lee sat through Monday’s game, during which the Knicks defeated the Rockets, 125-123, but he said he won’t attend any more Knicks games for the rest of the season. “I’m coming back next year, but I’m done for the season,” Lee said Tuesday on ESPN’s “Hot Take.” “I’m done.” Lee called the Knicks’ version of events “spin” and said he had been using the same entrance for the 28 years he’s had season tickets. “I wasn’t shaking his hand,” Lee said of a picture posted by the Knicks’ public relations team that appeared to show Lee and Dolan exchanging pleasantries. “In fact, when he came over, I didn’t get up right away.” Following Lee's announcement, many came to Lee’s defense, saying that the video was “proof” that Dolan mistreated the director and that the team was “alienating its last remaining fan.” "When will James Dolan get it? We don’t need the whole story before judging! When you have a reputation of mishandling people that represent the culture of New York basketball, like Charles Oakley,” tweeted Kendrick Perkins, a retired NBA player turned ESPN analyst. “Spike Lee should never have a problem at the Garden. He is the Knicks. It's inexcusable.”