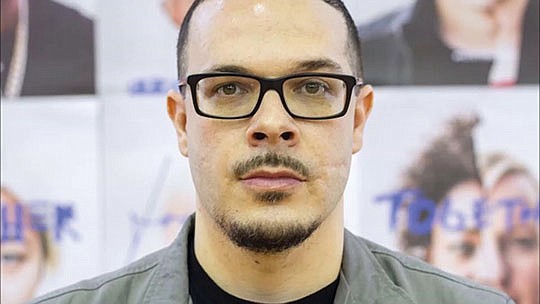 Twitter is challenging Black media influencer Shaun King on his accusations against MSNBC journalist Rachel Maddow, reports NewsOne. Senator Bernie Sanders has been moving swiftly through his campaign trail with the help of his supporters, his team and also social justice advocate and journalist Shaun King, who appears to champion the senator by any means, ultimately resulting in him being called out on social media for making false assertions. King tweeted on Tuesday evening that MSNBC reporter and host Rachel Maddow, who is also the host of “The Rachel Maddow Show,” reported “that multiple ‘senior officials’ within the Democratic Party are interfering with the primaries to stop” Sanders’ campaign. “They reported that the party has asked Bloomberg to drop out so that Biden would have an easier time against Bernie,” he continued. Maddow fired back, denying King’s claims. “What? No. I didn’t report any such thing,” she responded. King went a step further and shared a MSNBC clip, where Maddow was discussing pressures Mike Bloomberg’s campaign is facing, according to sources, which had nothing to do with King’s aforementioned accusation. “The Bloomberg campaign is experiencing intense pressure from multiple sources from inside of the Democratic Party that he needs to quit,” Maddow said in the clip. Social media was quick to call out King and his problematic attempt to insist that Maddow said something that she simply did not. “Bro…she said nothing in this clip about interfering with the Sanders campaign. At this point, apologize to Rachel and MSNBC and log off. You’re trying to fit square pegs into round holes,” one user wrote. Another person said, “She’s still not saying what you claimed about Sanders. You should give it up before you embarrass yourself further.” Some have even pointed to their lack of trust in Sanders’ campaign stemming from King’s tweets. “I’m sick of this crap. This is why the Sanders campaign is so mistrusted. @maddow DID NOT report this. And senior officials are not ‘interfering’ in the primaries.@BernieSanders is a Democrat once every four years. Maybe he’s the one interfering in our primaries,” actor Ken Olin tweeted. Shortly after, Talcum X began trending, which is said to be one of King’s nickname, among many others.