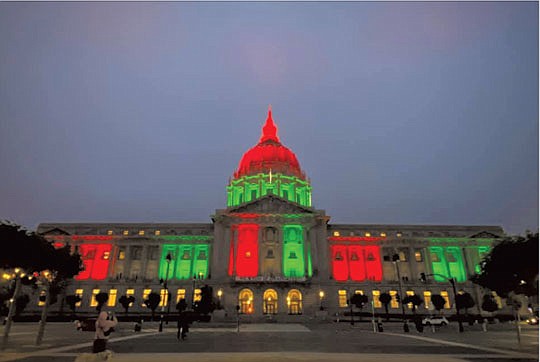 As California goes, so does the nation.

You’ve probably heard that cliché many times before. It certainly rings true for Juneteenth.

The state of California started recognizing Juneteenth or Black “Freedom Day,” marking the emancipation of enslaved African Americans, back in 2003 as an official state observance.

On June 19, 1865, Union General Gordon Granger led troops into Galveston, Texas to announce the end of the Civil War and to let enslaved people in that town know that nearly 250 years of slavery was finally over. They were now recognized as free people. Thousands of African-Americans in that former Confederate Gulf Coast town had not yet heard that more than two years before on Jan. 1, 1863, President Abraham Lincoln had signed the Emancipation Proclamation, which officially granted them their freedom.

On a recent Friday night in Sacramento, Weber, other members of the California legislature, and people from all walks of life watched from the lawn of the California Capitol as the building’s famous dome lighted up in red, green and black, the colors of the African-American flag. San Francisco City Hall followed suit.

“What is encouraging is the renewed interest in Juneteenth by young people. I think it is this moment where they recognize their power to make change. The message of Juneteenth is especially salient in the context of the current protests over ongoing and persistent brutality and inequity in the lives of Black Americans,” said Weber.

Across the country, more and more, businesses —including Nike, Target and Spotify—have started to consider Juneteenth a paid holiday. Several government buildings across the state also celebrated the holiday.

“Tonight we accomplished lighting the San Diego County Administration Building in honor of Juneteenth,” said civil rights activist Shane Harris, president of the People’s Alliance for Justice. “But we must move from just illuminating buildings on the outside to going inside of them to address the inequities facing African-Americans.”