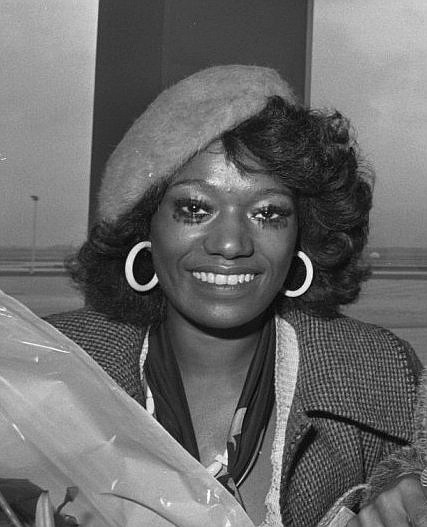 Bonnie Pointer, who with siblings Ruth, Jean and Anita comprised the chart-topping quartet The Pointer Sisters, died this week in Los Angeles at the age of 69 from cardiac arrest, according to publicist Roger Neal.

“It is with great sadness that I have to announce to the fans of the Pointer Sisters that my sister, Bonnie, died this morning,'' fellow Pointer sister Anita said in a statement. “Our family is devastated. On behalf of my siblings and I and the entire Pointer family, we ask for your prayers at this time.''

She added that her sister “was my best friend. We talked every day and never had a fight in our lives. I already miss her-and I will see her again one day.''

The Pointers began singing together in their father's church in Oakland more than 50 years ago. Their mother, the late Sarah Pointer, recalled in a 1974 interview that Bonnie “always told me, 'Mother, I want something for myself. I want to be somebody in this world.'''

In the late 1960s, Bonnie and sister June began performing in San Francisco clubs, and, with third sister Anita, worked sessions with Boz Scaggs, Taj Mahal, Dave Mason and others.

In 1972, eldest sister Ruth left her office job to join the group after they signed with Atlantic. Their debut album fizzled, but the next year they hit with the self-titled disc containing the top 20 single, “Yes We Can Can.'' At the time the group revived a fashion trend with their 1940's-style attire. The Pointers achieved its greatest commercial success as a trio during the 1980s.

Bonnie recorded five albums with sisters Ruth, Anita and June, co-writing the act's country hit “Fairytale'' with Anita. The song won the group its first Grammy Award-for best country duo or group in 1975. The sisters were the first Black group to perform at the Grand Ole Opry.

Bonnie left the quartet in the mid-1970s to pursue a solo career. Her biggest hit was “Heaven Must Have Sent You,'' which became a disco favorite in 1979.

Anita and Bonnie Pointer recently released “Feels Like June,'' a song in honor of their sister June, who died in 2006.

“The Pointer Sisters would never have happened had it not been for Bonnie,'' Anita said Monday.

Bonnie, once married to Motown Records executive Jeffrey Bowen, is survived by brothers Aaron and Fritz and sisters Ruth and Anita Pointer.

Memorial services were not immediately announced.