Ridley-Thomas pushes back at excluding immigrants from Census 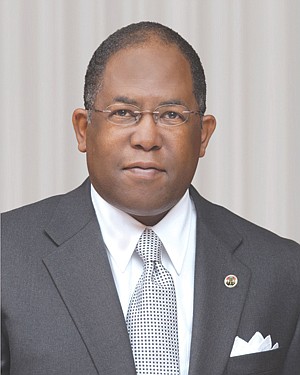 “`While this memorandum from the Executive Branch is not surprising, it’s nevertheless a reckless attack on immigrant communities throughout the country, in particular, Los Angeles County, and on this nation’s democratic system,” Ridley-Thomas said. “I cannot sit idle in this attempt to undercount communities of color that are already disproportionately underserved. Racism and xenophobia are at the heart of this memorandum and it must not be allowed to stand.”

The presidential memo, issued last week to the U.S. Commerce Department, which oversees the census, notes that the Constitution calls for a count of “persons in each state” for purposes of allocating congressional seats. The count historically excludes tourists and foreign diplomats, making clear that it is not required to count everyone physically present at the time of the census, the memo argues. It goes on to say that including people illegally in the country is not in keeping with democratic principles.

“Excluding these illegal aliens from the apportionment base is more consonant with the principles of representative democracy underpinning our system of government. Affording congressional representation, and therefore formal political influence, to states on account of the presence within their borders of aliens who have not followed the steps to secure a lawful immigration status under our laws undermines those principles,” the memo states in part. “Increasing congressional representation based on the presence of aliens who are not in a lawful immigration status would also create perverse incentives encouraging violations of federal law.”

Trump issued a separate statement of his own after signing the memo.

“There used to be a time when you could proudly declare, ‘I am a citizen of the United States,”’ Trump said. “But now, the radical left is trying to erase the existence of this concept and conceal the number of illegal aliens in our country. This is all part of a broader left-wing effort to erode the rights of Americans citizens, and I will not stand for it.”

Ridley-Thomas argued that the executive order runs counter to a U.S. Supreme Court ruling that blocked the administration’s earlier attempts to add a citizenship question to the 2020 Census. Los Angeles County was among the parties that challenged the citizenship question through the courts.

A district court judge ruled the question unconstitutional and unlawful. Last June, the Supreme Court upheld that decision in part, but the majority opinion by Chief Justice John Roberts focused largely on the lack of valid reason for the question, rather than opining that such a question could never be justified.