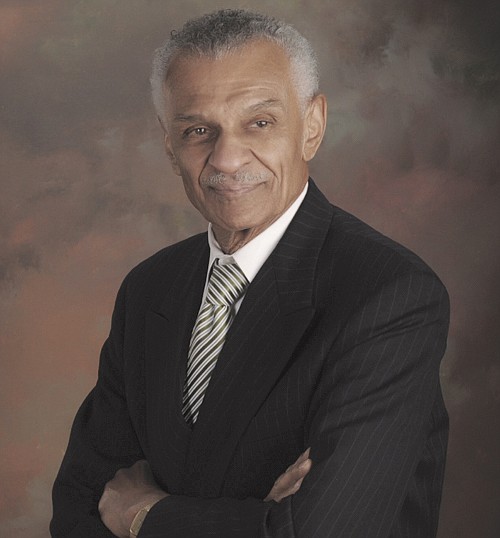 Vivian began staging sit-ins against segregation in Peoria, Ill. in the 1940s. He met King soon after the budding civil rights leader was thrust into the 1955 Montgomery Bus Boycott, and would translate ideas into action by helping to organize the famous Freedom Rides that would, eventually, sound the death knell for Jim Crow laws in the South.

“Everything we did in the movement was spiritual; that’s why it was nonviolent,” Vivian said years ago. “I don’t remember a time in my life where the religious part of my existence did not play a major role in everything I did.”

In one memorable incident during the early 1960s, Vivian boldly challenged a segregationist sheriff while trying to register Black voters in Selma, Ala. where hundreds—and later thousands-would march across the Edmund Pettus Bridge in a defiant response to “Bloody Sunday.”

“You can turn your back now and you can keep your club in your hand, but you cannot beat down justice. And we will register to vote as citizens of these United States and we have the right to do it,” Vivian declared in waving his finger at Sheriff Jim Clark.

The sheriff hit him. Network news cameras captured the incident and the unprovoked assault would turn a local voter registration drive into a worldwide story.

“Several times I was close to death, but God intervened,” he once said in recalling the 1964 “wade-in” protest of segregated beaches in St. Augustine, Fla. where his group was met by angry White mobs. “Before I knew it, I was in the water, and I knew I was in trouble because I couldn’t swim.”

Vivian came from a family of people who believed in God and in justice. He once described how his great-great grandfather escaped from the plantation on which he had worked for years to join the Union Army during the Civil War. His grandfather refused to take the name of his owner. “After slavery, we placed ourselves in the world by choosing our own names,” he said.

Vivian was there in Jackson, Miss. during a rest stop when some of the younger Freedom Riders wished to go to the restroom. As they got off the bus, they were all arrested and sat in jail for about a week before being transferred to the notorious Parchman Prison. While there, Vivian was flogged with a belt that had sharp steel spikes embedded in it. His skin was nearly “ripped to the bone,” he explained.

The beating stopped. Vivian, bleeding profusely, was taken back to his cell by a guard who held a .38 pistol to the back of his head. Feeling something on the back of his neck, Vivian turned and did something Black people were never, ever supposed to do: He looked a White person in the eye.

“I didn’t know why I did that,” Vivian said in admitting that the guard looked as though he would shoot him on the spot. “Suddenly, the guard put away his gun and walked away.”

Vivian would become national director of affiliates with the Southern Christian Leadership Conference (SCLC) and helped to register thousands of Black voters throughout the South. He continued to serve with the SCLC after King’s assassination in 1968 and became its interim president in 2012.

President Barack Obama honored Vivian with the Presidential Medal of Freedom in 2013, saying that “time and again. Rev. Vivian was among the first be in the action: In 1947, joining a sit-in to integrate an Illinois restaurant; one of the first Freedom Riders; in Selma, on the courthouse steps to register Blacks to vote, for which he was beaten, bloodied and jailed.”

Obama would praise Vivian, then 89, for being “still in the action, pushing us closer to our founding ideals.”