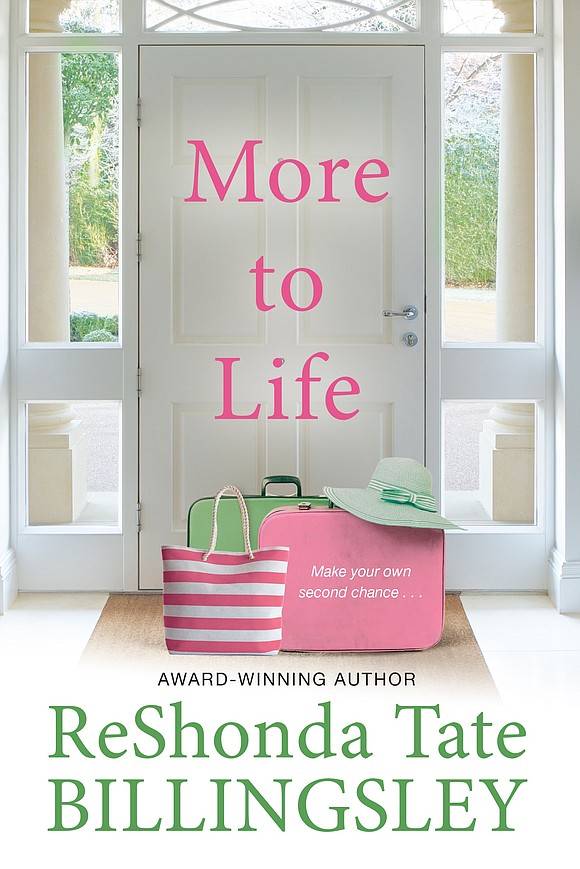 “Keep this to yourself!”

That’s the way big dreams start: don’t tell anyone, because telling makes them more delicate. Sharing makes it hurt more when what you want doesn’t happen. As in the new book “More to Life” by ReShonda Tate Billingsley, it’s even worse when your dreams are ignored.

Even by her own admission, Aja James had everything a woman could want: a handsome husband, Charles, who loved giving gifts. Two wonderful children. A beautiful home, fine furnishings, a full closet, a new car.

And yet, during an Islands birthday vacation with her three best friends – paid for by Charles, of course – forty-five-year-old Aja realized that she never had what her soul needed.

Once, she’d showed promise as a painter and it was her passion. She was good at it but, as she realized at the island resort, nobody listened when she said she wanted to paint forever. Her high school guidance counselor and her parents shooed her away from it. Her husband and children called it “a hobby.” When Aja said she wanted to open an art gallery, her friends didn’t take her seriously, either.

So, like the good wife she was expected to be, she put her own needs aside to take care of Charles and the children. She painted when she could, which was rare because her time was spent looking for lost socks and lost golf clubs and doing what her family demanded of her.

And then Aja met a strange Island woman who told her that she needed to walk her own purpose, words that struck her to the core. Finally, Aja knew what made her feel so unsettled, and she went home to face her future.

But was it with – or without – Charles? Aja’s best friends thought she was crazy to give up a good man for the unknown. And the house and the lifestyle, too? Insane! Ah, but just thinking about a quiet art gallery and an easel made Aja smile.

Could she really do it?

Dreams deferred. Is that the story of your very existence? If so, then you’ll love having “More to Life”… more or less.

More, because author ReShonda Tate Billingsley offers fans another novel that reads as though she’s spent a month spying on their lives and calendars, and anyone who’s ever lost a dream or shelved one indefinitely will feel a kinship with Aja. That character, as well as the rest of Billingsley’s cast, feels familiar, almost personal, and mostly likeable, although the situations they’re placed in (here’s the “less”) are really too over-the-top. Suffice it to say that there’s a Big Event inside this tale that abruptly alters the entire course of the story, adding unnecessary drama to a situation that was arguably better and more relatable without embellishment.

Still, if a dream is like a butterfly in your hands, or if you’ve ever moved to seize a what-if, then this book will read like a diary for you. Start “More to Life” and you won’t be able to keep it to yourself.