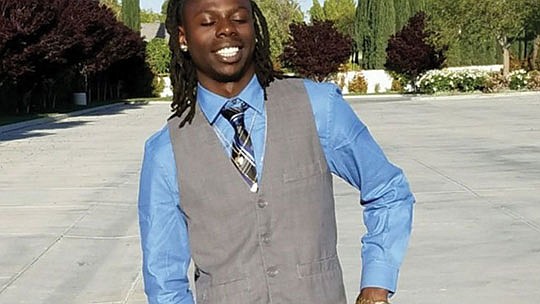 An investigation into the death of Robert Fuller, the 24-year-old Black man found hanging from a tree across from Palmdale City Hall on June 10, has determined that the death was a suicide.

“Investigators have met with the coroner’s office and discussed the final results,’’ Marks said. “The medical examiner issued their final autopsy report and delivered it to the sheriff’s department, and deemed this case to be a suicide.’’

A passerby found Fuller’s body hanging from a tree in Poncitlan Square about 3:40 a.m. on June 10 and his death was initially ruled a suicide by Los Angeles County sheriff’s detectives, an action that has brought the department under criticism.

“The Sheriff’s Department immediately declared his death a suicide without completing a full and thorough investigation,’’ attorney Jamon R. Hicks with Douglas/Hicks Law said in June. “The lack of investigation and dismissal of this as a potential murder or hate crime has enraged Mr. Fuller’s family and the entire Antelope Valley community.’’

“A small segment of the community, and—unfortunately — a significant representation of county government elected leaders were trying to propel the narrative,’’ Villanueva said.

“But the overwhelming majority of the public trusts the sheriff’s department,’’ Villanueva said. “And as you can see, we complete an investigation and then we report on the results.’’

Villanueva had said earlier that he called state Attorney General Xavier Becerra and reached out to the FBI, whose civil rights division would also monitor the investigation.

“It is in our interest to make sure that we leave no rock unturned,’’ Villanueva said at that time, promising full access to outside investigators. “This death investigation obviously is of great concern to the community, not only of Palmdale, but throughout the nation. Robert Fuller was a young man in the prime of his life, and his death obviously is painful for many people.’’