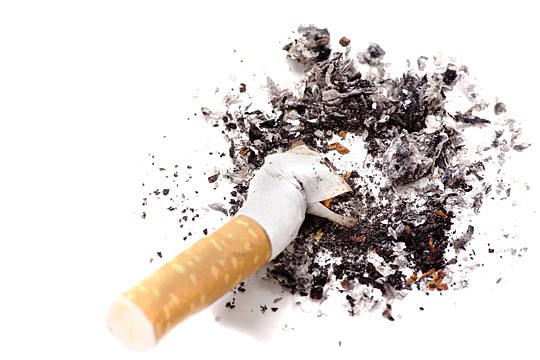 Seven out of 10 African-American youth between ages 12 and 17 who smoke use menthol cigarettes, according to the Centers for Disease Control and Prevention (CDC).

And a higher percentage of Black adults who smoke began using menthol cigarettes (93 percent) —that’s more than two times higher than the number of White adults who did the same (44 percent), according to the CDC.

The two top-selling mentholated cigarette brands in the United States are Newport and Kool.

Anti-Tobacco advocates say these numbers are alarming. So, two of the nation’s top organizations committed to decreasing the use of tobacco in the United States are taking legal action to end the consumption of menthol by African-Americans, calling them chemically unhealthy and deadly. They want it eliminated from all tobacco products.

The two groups, the African American Tobacco Control Leadership Council (AATCLC) and Action on Smoking and Health (ASH) formally announced their joint lawsuit against the Food and Drug Administration (FDA) during a ZOOM news conference on June 17.

“We are suing the United States’ Food and Drug Administration for their failure to enact public health policy that protects the health and welfare of African Americans,” said Carol McGruder, co-chair of AATCLC.

Represented by Pollock Cohen, LLP, a New York City-based firm, the complaint requests that the court compel the FDA to act on the organization’s own conclusion that it would benefit the public health to add menthol to the list of prohibited cigarette flavors in the United States.

The AATCLC and ASH’s lawsuit also asks the court to carry out its duties under the Family Smoking Prevention and Tobacco Control Act. That action would also result in the removal of menthol-flavored tobacco products from the marketplace.

In California, there is no statewide ban on the sale or possession of flavored tobacco products. However, a growing number of communities in the state are banning the sale of them. So far, more than 30 jurisdictions have placed restrictions on the sale of mentholated cigarettes. San Francisco County was the first county in the state to ban menthol cigarettes in the summer of 2017.

Los Angeles County banned flavored tobacco products including e-cigarettes, chewing tobacco and menthol cigarettes amid concerns that the products appeal to young people. The county’s Board of Supervisors voted unanimously to adopt the ban last October.

In an effort to protect the public and design a healthier future for all Americans, the Family Smoking Prevention and Tobacco Control Act (Tobacco Control Act), was signed into law on June 22, 2009, by President Barack Obama.

“When the Tobacco Act was signed, all characterizing flavors were banned from cigarettes. All except menthol,” McGruder said. “Menthol was inexplicably given a pass. Characterizing flavors are the building blocks to nicotine addiction. As we witnessed last year with the nicotine baby epidemic, flavors seduce children (and) nicotine hooks them.”

The Tobacco Control act gives the FDA authority to regulate the manufacture, distribution, and marketing of tobacco products, including:

Pollock Cohen law firm’s Christopher Leung, an attorney representing AATCLC and ASH, said he hopes the lawsuit “saves tens of thousands lives” and that it would correct “a terrible wrong perpetrated against the Black community.”

Tobaccofreekids.org has reported that 45,000 African-Americans die each year from a smoking-related disease.

African-American and Latino smokers—76.8 percent of whom smoke menthol cigarettes—likely prefer brands with menthol because the tobacco industry markets those products to young people and Black people, according to the FDA’s “Preliminary Scientific Evaluation of the Possible Public Health Effects of Menthol Versus Nonmenthol Cigarettes” study of 2013.

Several studies have documented how major tobacco companies have target-marketed menthol cigarettes to African-Americans, beginning in the 1950s.

“By continuing to delay, the FDA and the U.S. government are failing to protect the health of U.S. Citizens, particularly, African-Americans,” Kelsey Romeo-Stuppy, ASH’s managing attorney said during the virtual press conference. “The U.S. is also falling behind the global trend as countries around the world are increasingly banning menthol.”

Some African-American leaders, including the Rev. Al Sharpton, have cautioned that making menthol cigarettes illegal will only create room for an underground market, which could expose Blacks to more criminal convictions and increase law enforcement surveillance - particularly in neighborhoods where there are more cases of police use of excessive force. Sharpton opposed a ban on menthol cigarettes in New York City last year that did not pass.

Menthol has been laced in tobacco products for almost 100 years. It is a substance naturally found in mint plants such as peppermint and spearmint, according to smokefree.gov. A synthetic version of the compound can also be manufactured.

Smokefree.gov is a website operated by the National Cancer Institute (NCI) under the direction of the U.S. Department of Health and Human Services. Smokefree.gov’s main objective is to assist efforts to reduce smoking rates in the United States, significantly among (certain) populations.

AATCLC educates the African-American community about tobacco use and cessation, partners with community stakeholders, and public health agencies to inform and affect the direction of tobacco policy, practices, and priorities, as it affects the lives of Black people.

Founded in 1967 and based in Washington, D.C., ASH is the country’s oldest anti-tobacco organization, dedicated to reducing tobacco-related deaths down to zero. ASH does not attack smokers. Its vision is to combat tobacco.

AATCLC and ASH are non-profit entities. The Public Health Law Center, an organization that collaborates with other groups to reduce and eliminate the use of tobacco, supports AATCLC and ASH’s lawsuit.

“This landmark litigation is the culmination of a decade of pioneering work by the health champions of the African-American Tobacco Control Leadership and other Black-led organizations,” Doug Blanke, the executive director of Public Health Law Center, said in a written statement. “It has the potential to reverse the leading cause of death in the Black community.”