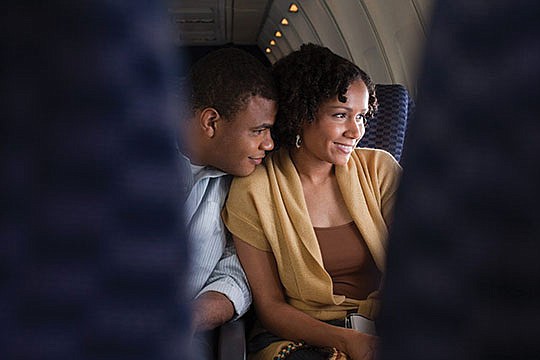 While most people agree that it is in the public's best interest to have safe and efficient airports that can accommodate increased passenger travel, proponents of increasing the passenger fee have been a little misleading about the condition of the nation's airports. (Photo: iStockphoto / NNPA)

NNPA NEWSWIRE - Why is it that poor people are always asked to pay more in America? Last year, I warned about the possibility that Congress might try to impose a new tax on air travelers. Well, it's 2020 - and here we go again.

Even in the midst of a historic impeachment trial and potential military conflict abroad, lawmakers on Capitol Hill have managed to find time to dust off their plan to soak air travelers, including working people who struggle everyday just to make ends meet.

Make no mistake about it: this is a tax hike, even though backers of this plan won't call it a tax hike, for obvious reasons. And it's one that hits relatively low-wage workers harder than it hits those who make a lot more money. And it hits those who routinely fly for business especially hard too.

This week, Democratic leaders are expected to unveil their broad infrastructure agenda for the coming year - a plan that is sorely needed given our aging highways, railways and other transportation needs.

But here is what is galling: sources tell me that buried in the broad array of transportation initiatives is a proposal to raise the so-called Passenger Facility Charge (PFC), a hidden fee on airline travelers that Congress enacted long ago to help pay for renovation projects at airports around the country.

Most Americans have probably never heard of the PFC, now capped at about $4.50 per person for each leg of a flight. But working families across the country, including our readers, may soon feel the impact if some members of Congress have their way.

Here is how the fee works. Passengers are charged the fee at the ticket counter, allowing the airport that collects it to keep it for local repairs and renovations. Current proposals in Congress include one to nearly double the fee to $8.50 per person for each leg of a flight. Another possibility is eliminating the cap entirely, thereby allowing airports to charge whatever they like.

If the fee is raised to $8.50, a family of four on a trip with a connecting flight would pay nearly $150 in this tax alone - a tax that is layered on top of the price of the ticket itself, a major reason people don't notice it. Such a substantial increase could be the deciding factor between that family taking a much-deserved vacation or staying home.

While most people agree that it is in the public's best interest to have safe and efficient airports that can accommodate increased passenger travel, proponents of increasing the passenger fee have been a little misleading about the condition of the nation's airports.

In reality, airports are undergoing something of a revitalization, particularly when compared to rail or highway travel. Passengers are traveling at record rates, airport revenues are at all-time highs, and infrastructure upgrades are booming across the nation.

Just take a look at the balance sheets of our nation's airports. U. S. airports have over $16 Billion of unrestricted cash and investments on hand, with $7 billion sitting in the aviation trust fund. And, in the last decade, more than $165 Billion in federal aid has been directed to airports for improvement projects at America's largest 30 airports alone.

Some of these projects have been completed. Others are currently underway. And some have received approval to move forward in the coming months. For example, Los Angeles International Airport and New York's John F. Kennedy Airport are both undergoing multi-billion-dollar upgrades. Smaller facilities like the Long Island MacArthur Airport and the Shawnee Regional Airport are also upgrading their terminals and runways.

The bottom line, then, is that there is no substantive basis for a fee hike. And it makes even less sense politically.

With Election Day just months away, most lawmakers will likely make the safe calculation and reject any proposed hike presented on the floor for a vote, lest they stir a voter backlash. Yet it should be worrisome that House Democratic leaders appear willing to put a fee hike on the table for consideration.

It could be nothing more than a trial balloon released in an attempt to test whether rank-and-file lawmakers have the stomach for taking up such a measure in an election year. But even if it is just that, there's still reason for concern, given that even unpopular ideas have a way of gaining sudden momentum in the topsy-turvy politics of Congress.

Air travel remains one of the most popular and necessary forms of transportation because it is relatively safe and convenient. But it should not become more expensive because a hidden tax that few people expected is added.

Congress should not put air travel out of the reach of American families who are still trying to get out of poverty. Thus, increasing taxes on airline tickets won't fly for Black Americans and won't fly for all others who believe in economic fairness and equality of opportunity.

Dr. Benjamin F. Chavis, Jr. is President and CEO of the National Newspaper Publishers Association (NNPA) representing the Black Press of America. He can be reached at dr.bchavis@nnpa.org.