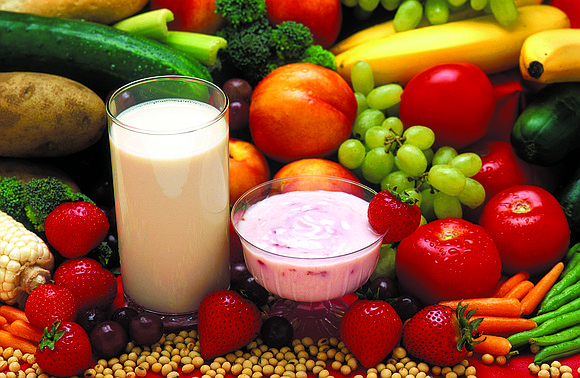 For many African-Americans, food is associated with comfort for the soul. But the history of “soul food” is not that comforting, and it’s not as nutritious as it is delicious.

The birth of “soul food” happened during the time of slavery. When slaves were brought to the states, they imported certain foods - such as yams or sweet potatoes - which originated in their motherland, Africa.

Foods such as corn and pork - which were mostly available - were cooked for the masters, and anything left over was given to the slaves. Since slaves had to work long hours and needed high-calorie foods to hold them over for the day, “soul food” was rich in fat and calories. But the dishes didn’t just contain pork and yams but also greens - such as collard greens and kale, and legumes such as black-eyed-peas.

But new studies have found that because “soul food” is high in fat - especially saturated fat - the high amount of cholesterol leaves many African-Americans with diabetes type-2, hypertension or early death. The problem is not that African-Americans don’t like to eat a healthier diet, but that healthier food is often considered “White people’s food.”

According to a report by the U.S. Department of Health and Human Services, that was originated by the Center for Disease and Control from 2017, African-American women ranked among the highest with obesity, with 82 percent in comparison to African-American men with 69.6 percent. White women reached 63.5 percent and men reached 73.3 percent.

The problem is that “soul food” is culturally ingrained in the Black culture, and many African-Americans are unaware of the health issues “soul food” - or too much of it - can cause. Many African-Americans are under the impression that they’re not overweight but big-boned, and portion control is also something that might be unheard of. But portion control is as important as the nutritional aspect of any type of food consumed.

There are many reasons why healthy food might be considered “White people’s food” for a good amount of African-Americans.

In regards to marketing, it’s mostly advertised to the White population, therefore healthier food is also pricier - even at McDonald’s. So it’s not only that healthier food is pricier, but also less available in low income- and predominantly Black and Brown neighborhoods. The so-called “food desert,” areas only offer a limited amount of fresh produce, and it’s usually overpriced.

Nutritionist and dietician Natalie Webb who lives in the D.C. area told another news outlet that her clients believe healthier food is considered “White people food.”

“My clients absolutely associate healthy eating with eating like White folk,” said Webb in an interview. “I think it stems from what people see in marketing and what they associate healthful eating with, and it often doesn’t include foods they’re familiar with.”

However, there are farmers' markets in every city that offer better produce for cheap. Another way to live healthier is to check health guidelines on government websites, and adopt healthier eating habits with the entire family.