He gave speeches throughout city 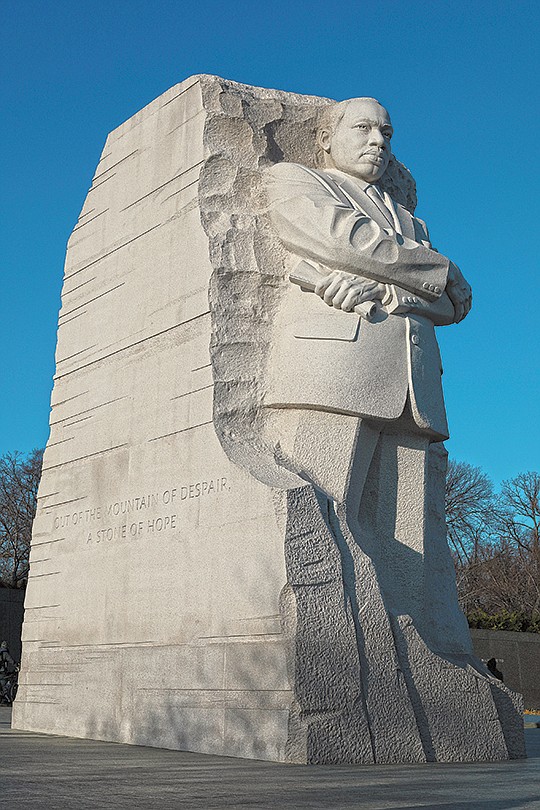 Although Martin Luther King was born and reared in Atlanta, Ga., his legacy as a spokesperson in the Civil Rights Movement spread worldwide. From 1956 until just weeks before his assassination, King visited Los Angeles frequently and spoke in a variety of settings, including private fundraisers with celebrities; African-American churches; news conferences; community groups; synagogues; and college campuses.

In August of 1956 King attended the annual convention for the African American fraternal group Improved Benevolent Protective Order of Elks of the World Headquarters. The event took place at Jefferson High School, where he received its Elijah Lovejoy award, given to “The person making the most significant contribution toward full citizenship rights of the Negroes.” The following day, King was the grand marshal for their parade.

King had a three-day residency in February 1958 at the California Institute of Technology, where he gave three speeches during his stay.

A number of Black leaders came to Los Angeles with King in July 1960 to push for a civil rights platform at the Democratic National Convention. Before that, King joined a protest outside a Woolworth in downtown LA, as the discriminatory chain faced boycotts and sit-ins across the country.

King held a news conference at LAX in June of 1961 before touring Compton and Watts. He later held a Freedom Riders Rally at the since-demolished Los Angeles Sports Arena. More than 25,000 people attended.

In December of 1962, King spoke on the campus of Los Angeles City College (LACC).

“Dr. Martin Luther King was judged as the best lecturer of the fall semester,” …. wrote the Jan. 18, 1963 edition of The Los Angeles Collegian. “The integration leader spoke before the largest student assembly on Snyder Field, Dec. 14, on ‘The Future of Integration.’”

In 2008, a new LACC college library was named in his honor.

Ward AME Church hosted King twice: in 1962 and 1963, the same year he delivered the famous “I Have a Dream” speech during the March on Washington.

In 1965, he helped organize the Selma to Montgomery march. A month after the Selma march, King spoke before 5,000 persons at UCLA, who raised a $700 donation for the cause. “Such moral and financial support are of inestimable value for the continuance of our humble efforts,” King wrote. King also visited South LA that year following the Watts Riots.

In 1967, King gave an updated speech on “The Future of Integration” at Occidental College, an Eagle Rock-based institution that sparked the political interests of one Barack Obama (Class of 1983).

That fall, King gave a speech at USC’s Bovard Hall. The auditorium had to be evacuated after a bomb scare halfway through his presentation. However, when the coast was clear, King came back to finish his speech.

Following his 1968 assassination, Martin Luther King Jr. Day was established as a holiday in numerous cities and states. The holiday was enacted at the federal level by legislation signed by President Ronald Regan in 1986.

The Martin Luther King Jr. Memorial is part of the National Mall and Memorial Parks in Washington, D.C. and was dedicated in 2011. It covers four acres and includes the Stone of Hope, a granite statue of King posed with his arms folded, a speech in his hand. and the monument reads “Out of the mountain of despair, a stone of hope.”