First of three cuts to SNAP 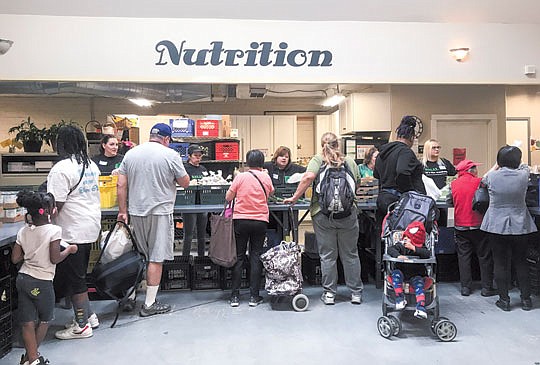 In December, the Trump administration finalized a rule that will cut off food stamps to roughly 688,000 American adults by requiring states to enforce work requirements.

The U.S. Agriculture Department said the move will save about $5.5 billion over five years. The rule takes effect in April 2020.

“This is about restoring the original intent of food stamps,” said Agriculture Secretary Sonny Perdue on a call to reporters. “Moving more able-bodied Americans to self-sufficiency.”

About 198,000 Californians stand to lose their assistance in buying food, according to a 2018 estimates by the Urban Institute.

Under current law, able-bodied adults without dependents working fewer than 80 hours a month or in certain training or volunteering activities qualify for three months of food stamps, known as the Supplemental Nutrition Assistance Program (SNAP) every three years. States and counties can waive those three-month limits if, for example, unemployment rates are high.

Currently, all but six California counties—Alameda, Contra Costa, Marin, San Francisco, Santa Clara and San Mateo—have received waivers through August 31. Fresno has waived the limits for the past two decades.

“The decision by the Trump Administration to hurt poor and working-class Americans by requiring able-bodied adults without dependents to submit to more onerous restrictions to qualify for food stamps is disgraceful,“ said the Congressional Black Caucus (CBC) in a statement. “Over 36 million Americans rely on SNAP for nutrition assistance. This final rule weakens SNAP, the nation’s most effective anti-hunger program. Enough is enough.

“Unfortunately, the Trump Administration fails to understand that people want a hand up, not a hand out,” the statement continued. “There is no dignity in taking food away from the poorest and most vulnerable of our citizens. It is immoral, insensitive and cold-hearted. For all public servants, we have to do the most for those who have the least.”

“It will require almost every county to enforce the harsh time limit on providing nutrition assistance for adults who are working less than 20 hours each week, no matter how hard they are looking for a job, have irregular schedules, or are employed but unable to document their hours,” said Jessica Bartholow, policy advocate at the Western Center on Law and Poverty.

Linda Du`Chene, deputy director of the Fresno Department of Social Services, said the rule will harm the Central Valley’s farmworkers.

“We are a rural agricultural county, and we are very concerned about our clients who are working seasonal jobs. For example, it’s raining, so our farmworkers who may need those hours to qualify are not working,” Du’Chene said.

The county’s workload also will increase. Fresno will have to check monthly whether CalFresh recipients are meeting their eligibility requirements.

According to Bartholow, this will affect all able-bodied adults without dependents. The California Association of Food Banks estimates that could be as many as 700,000 Californians.

“Just because you don’t lose benefits doesn’t mean you’re not impacted. It means you now have to tell your boss you need a pay (stub) because you’re on food stamps. You have to spend the extra time and work to get your pay stub and send it in to the county,” Bartholow said.

The rule is the first of three Trump-era food stamp cuts to be finalized. Under all three rules, the Urban Institute estimates that roughly 3.7 million Americans would lose food stamps, including 625,700 Californians.

State Senate President Pro Tempore Toni G. Atkins said in a news release the decision would “make it harder for adults on the brink of homelessness to get the food they need.”

Manuela Tobias is a journalist at The Fresno Bee. This article is part of The California Divide, a collaboration among newsrooms examining income inequity and economic survival in California.