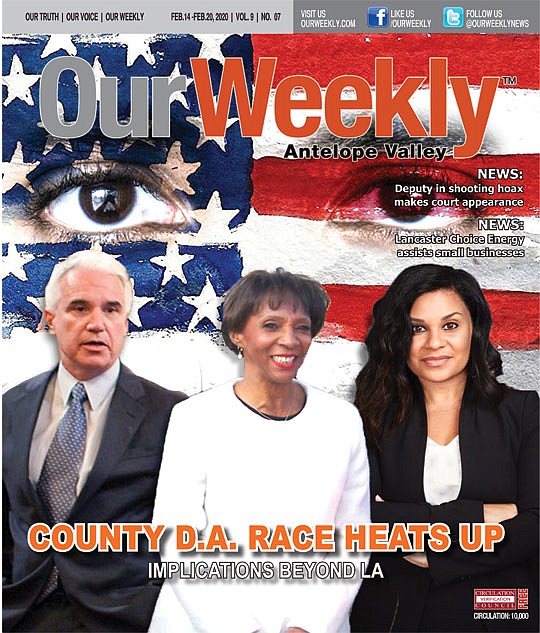 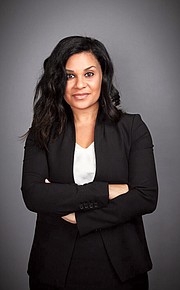 “You have young men of color in many communities who are more likely to end up in jail or in the criminal justice system than they are in a good job or in college.” —Barack Obama

It was inevitable. Decades of chronic incarceration and a mushrooming population within the prison system. Plus increasing criticism from our neighbors in the global community as America— the world’s beacon of democracy—has, in the past half century, gone from a bastion of refuge to the globe’s foremost jail keeper.

Decades later, a non-partisan “clarion call” transcending political party appears to have settled in among dissimilar demographics and ideologies to signal the push towards criminal justice reform. This trend is taking place across the country, but a particular focus is here in Los Angeles, the epicenter of cultural and political inclinations of all inks. As its date of election (March 3) closes, the race for County District Attorney will likely have implications far beyond the sunset and smog of this fair city.

Among the three candidates, we first have the incumbent, career prosecutor and Crenshaw native Jackie Lacey, who rose through the ranks to become former D.A. Steve Lacey’s deputy and second-in-command. Running for the top spot in 2012 as a progressive, she ran unopposed in 2016. Along the way, she has endured criticism for not aggressively pursuing high profile cases including the sexual assault allegations against actor Danny Masterson and yoga teacher Bikram Choudhury, and the drug related death charges on Democratic fund-raiser Ed Buck.

Her most prominent challenger, Cuban immigrant George Gascón spent his entire career within the ranks of the LAPD, rising to the rarified status of assistant chief before moving on to become Chief of the Police Force in Mesa, Ariz. then in San Francisco, before his appointment as that city’s District Attorney by now California Gov. Gavin Newsome (taking the seat left by Kamala Harris as she became the State Attorney General before assuming her present position as U.S. Senator). In perhaps his most notable judicial gesture, he co-authored 2014’s Prop. 47, reclassifying felony drug offenses to misdemeanors. This in turn has been credited with reducing narcotic race disparity convictions.

Lesser known is former Public Defender (federal and state) Rachel Rossi (she is of Afro-Dominican and Greek descent) who touts her experience on the other side of the (legal) aisle as just the reformist ingredient to correct the ills of the D.A.’s office. A counsel to Democratic Senate Whip Dick Durbin (D-Ill.), she has been recognized as one of the country’s “top 40 under 40 lawyers” by the National Bar Association.

The public got a look at these competitors interacting in a debate at Little Tokyo’s Aratani Theatre on Jan. 29 (se it at https://www.youtube.com/watch?v=fbYpOiaXQ74). The evening started off amicably before those opposed to Lacey began to air their emotions via catcalls (“Jackie Lacey must go”) and jeers. The opposition became intense enough for security to escort the most obnoxious offenders out of the building.

To be sure, the incumbent had her supporters, many of them deputy D.A.s, to counter her detractors, cheering “We love you, Jackie.”

As in every political contest, an expected series of condemnations and disapprovals were exchanged. Lacey, the self-proclaimed progressive, has assembled a record of 22 people convicted and placed on death row during her tenure, none of them White. Broken down by ethnicity, they comprise13 Latinx, eight Blacks, and one Asian defendant (Our Weekly was not able to obtain individual names of all convicts before this article when to press). Lacey countered by explaining that she only seeks capital punishment under what she called “egregious” situations (2 percent of the cases coming before her), as with Gabriel Fernandez, an 8-year-old who was tortured then beaten to death by his mother and her boyfriend.

The evening continued as the lead prosecutor listed her accomplishments such as initiating a Mental Health Division to divert the psychologically impaired out of the criminal system, a Human Sex Trafficking Section under Deputy D.A. Jane Creighton (one of her staunchest advocates) lauded for its success in convicting prostitution profiteers, and a Conviction Review Unit to exonerate the innocent.

Gascón acknowledged his opponent’s efforts in addressing mental illness, but claimed the unit woefully undermanned (initially starting off with one single staff member), further declaring she is out of touch with the times by fighting marijuana legislative reform and other initiatives. He additionally raked her over the coals for her failure to prosecute police malfeasance (to date she has only indicted one, Officer Clifford Proctor, for shooting and killing a homeless man. The charges were later dropped.)

Rossi contended that both are maintaining class disparity by not overhauling the cash bail system, which favors those wealthy enough to avoid incarceration prior to court trial. She accused Lacey of over-implementing gang enhancements as a method of criminal deterrence.

“The fact that our legal system has become so tolerant of police lying indicates how corrupted our criminal justice system has become by declarations of war, ‘get tough’ mantras, and a seemingly insatiable appetite for locking up and locking out the poorest and darkest among us.”

A former law enforcement veteran, speaking off the record, claimed that Jackie Lacey is “in lock-step” with the status quo, and a protégé of former D.A. Cooley.

Curiously, Lacey the incumbent and first African-American to hold this office, has attracted her share of detractors from the Black community, notably the international activist movement Black Lives Matter and its high profile founder Patrice Cullors. Even more perplexing is the fact that this same organization is endorsing a White Cuban former LAPD careerist (Gascón).

One person who lived through the criminal justice system and lived to tell the tale is Linda Gomez.

“At the age of 11, I was first incarcerated for possession(and ) conspiracy to sell,” she said. This was the start of what she calls her “vicious cycle,” leading to her conviction (as an adult) at 17 and a stretch at the Central California Women's Facility in Coachella.

Gomez endorses Gascón over her rivals, Lacey (for her track record) and Rossi (suggesting she is less seasoned, and therefore a liability).

One piece of the puzzle

“I would change the idea that a good DA’s office is one that is predicated on getting the most convictions. Justice isn’t always a conviction or a plea agreement.”

One person present at the debate (and agreeing to go on record) is activist, cultural critic, and political commentator Jasmyne Cannick. She supports Rossi, believing a fresh perspective is needed to right this wayward system. Negating the District Attorney’s position of being hamstrung by the cases delivered by law enforcement (i.e., minority defendants), the long-time judicial observer notes the potential for autonomy within the office.

“It is the DAs office that makes the decision on whether or not to file charges against someone so they play a huge role in reforming L.A. County’s criminal justice system-but so do the People,” Cannick said. “There are a lot ways that society fails people long before they enter the criminal justice system and so in order to fix the problem we have to take a step back and look at the entire picture. Not just the part of the picture when someone is arrested, jailed and taken to court.”

In the midst of all the commotion leading up to this coming election, Cannick remains optimistic.

“There was a time not that long ago, where the only question for a candidate running for DA was who was going to be tougher on crime.” Cannick said. “Today, in 2020, we are more concerned with who is going to use common sense when prosecuting people for crime. We’ve come a long way.”