‘When They See Us,’ ‘Dolemite’ top Image Award nominees 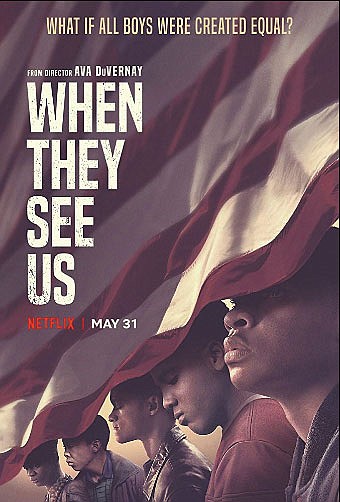 Powered by the series “When They See Us” and the film “Dolemite is My Name,” Netflix led the list of nominations announced for the 51st NAACP Image Awards set for Feb. 22.

The awards honor the “accomplishments of people of color in the fields of television, music, literature and film, and also recognizes individuals or groups who promote social justice through creative endeavors.”

“When They See Us” was among five nominees for best television movie, limited series or dramatic special, along with Netflix’s “American Son,” BET Network’s “Being Mary Jane” and HBO’s “Native Son” and “True Detective.”

“When They See Us” also scored five nominations for cast members in the acting categories.

“Dolemite is My Name,” starring Eddie Murphy, was nominated for best motion picture, along with “Harriet,” “Just Mercy,” “Queen & Slim” and “Us.”

Entertainer of the year

Outstanding Actor in a Comedy Series

Cedric The Entertainer, “The Neighborhood,”

Outstanding Actress in a Comedy Series

Outstanding Actor in a Drama Series

Outstanding Actress in a Drama Series

Viola Davis, “How to Get Away with Murder”

Susan Kelechi Watson, “This Is Us” (NBC)

“When They See Us” (Netflix)

Outstanding Actor in a Television Movie, Limited-Series or Dramatic Special

Caleel Harris, “When They See Us” (Netflix)