Nipsey Hussle doc in the works 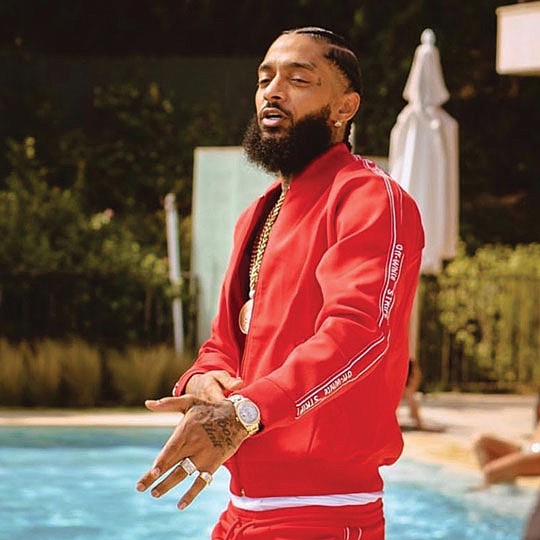 Netflix is in talks with Nipsey Hussle’s production company, Marathon Films, for Ava DuVernay to co-produce and possibly direct a documentary about the late rapper, who was murdered last year on the streets of Los Angeles, reports Variety. Although DuVernay has attached herself to direct, it’s unclear if she has the room in her schedule, given her commitment to helm DC Comics’ “New Gods” for Warner Bros. According to a source at Netflix, the project is in preliminary stages and could manifest as a series. Marathon Films announced in an Instagram post that, in addition to DuVernay and her company Array, the untitled project will be executive produced by Roc Nation and Hussle’s children, Emani and Kross Asghedom. “No final deal has been inked,” the post reads. “The documentary is very important to the family and will not be fast tracked by monetary gain and/or commercial interest.” Hussle was killed on March 31, 2019, at the age of 33, outside his Marathon Clothing store in Los Angeles. Eric Holder was arrested and charged with murder two days later. Hussle won two posthumous Grammy Awards last month for rap performance and rap/sung performance. DuVernay worked with Netflix on the documentary “13th,” which received an Oscar nomination, and on the limited series “When They See Us.”