Trump is not a ‘racist,’ claims Ben Carson 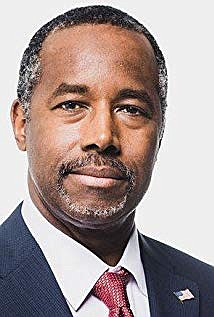 Housing Secretary Ben Carson says because non-White workers at President Trump’s Mar-a-Lago resort “love him,” and that proves the president is not a racist, reports Rolling Stone.

“He’s a man who is deeply driven by a sense of kindness and compassion,” Carson said. “You know, talking to the people who drive the cars and park the cars at Mar-a-Lago, they love him — the people who wash the dishes — because he’s kind and compassionate.” Carson made the remarks while introducing Trump on Friday at the Opportunity Now Summit in North Carolina. The president was there to speak about a tax incentives program meant to spur investments in underserved areas, which were designated Opportunity Zones by the 2017 tax cut bill.

Carson continued his praise of the president, touting Trump’s inclusiveness: “When he bought Mar-a-Lago, he was the one who fought for Jews and Blacks to be included in the clubs that were trying to exclude them,” Carson said. The secretary added, “You know, people say he’s a racist, he is not a racist.” According to Politico, Carson strayed from his prepared speech while making the remarks.