ACLU gets involved in conviction of Black man 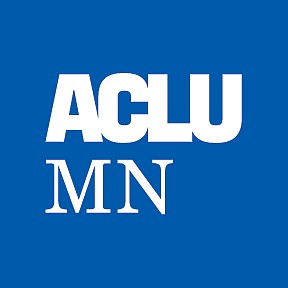 The American Civil Liberties Union (ACLU) of Minnesota has called for an investigation into the conviction of a Black teenager who is serving life in prison, reports the Associated Press. Myon Burrell was found guilty in the 2002 shooting of an 11-year-old girl, who was killed by a stray bullet while doing homework at her dining room table.

Sen. Amy Klobuchar, who was the top prosecutor in Minnesota’s most populous Hennepin County at the time, has highlighted that case throughout her political career as an example of getting justice for victims. The ACLU of Minnesota has called on her office — now headed by Michael Freeman — to investigate Burrell’s case and to vacate his conviction. It also pushed for the creation of new unit to prevent, identify and remedy false convictions.

“Myon Burrell has spent his entire adult life behind bars for a crime it appears he likely did not commit, and that’s a gross miscarriage of justice,” ACLU-MN Executive Director John Gordon said in a statement. Not only was there no physical evidence tying him to the scene, he said, an AP investigation showed that police made no attempt to speak to Burrell’s key alibi and discredited co-defendants who said he was not at the scene.

One of them, Ike Tyson, has for years insisted he himself was the triggerman. Police also relied heavily on jailhouse informants, who were given reduced sentences for coming forward. The lead homicide detective was also seen on video offering cash for hearsay.

“Burrell’s case provides a clear and disappointing example of what happens when officials settle on someone as a suspect, and — at best — ignore all conflicting evidence and clear alibis,” Gordon said. “This happens all too often to Black and Brown people at every stage of our criminal justice system, leading to staggering disparities that do not serve true justice.”