Poor communities may suffer most 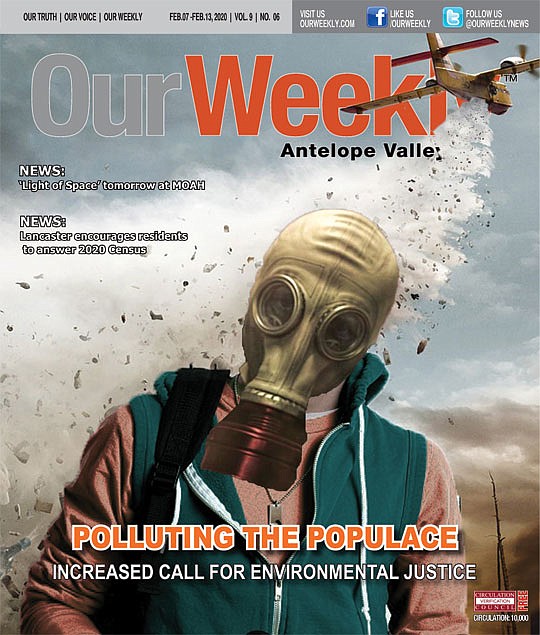 Last month, a Delta Airlines jet experienced engine trouble shortly after takeoff from LAX and upon return to the airport dumped about 15,000 gallons of jet fuel over a considerable swath of Southeast Los Angeles. While no one was seriously injured during the incident, some residents were outraged. They called the dump the latest in an ongoing crisis in environmental injustice that regularly affects some of the poorest communities not only in Los Angeles County, but also across the nation.

Since then, Delta has been sued by teachers whose students happened to be outside and were witness to the fuel dump. Parents and some county officials allege negligence on the part of the pilot for ejecting fuel over a populated area—and Delta as a whole for allowing the plane to take off.

“This would have gotten a more serious response if it happened to a wealthier community,” said Nadine Escobar, the mother of a student at Park Avenue Elementary School in Cudahy. “Delta is trying to downplay this, but we don’t know what the long-term effects on the children and the rest of us will be.” Approximately 60 children and teachers, who were exposed to the smelly vapor, were examined for minor skin and lung irritations and told to “wash with soap and water.”

While the county Fire Department told residents that it did not detect chemicals when they inspected the affected schools (the majority of the fuel had evaporated before it made contact with people and the environment), significant controversy did arise resulting in condemnation from local and national politicians. The South Coast Air Quality Management District issued a notice of violation to Delta Airlines.

The federal Health and Human Services Department admits that not much is known about the health effects of exposure to kerosene-type jet fuel. Prior studies of military personnel—such as those at nearby Edwards Air Force Base—have suggested that it can affect the nervous system, but that research involved people who work around jet fuel all the time.

Jet fuel has been determined to be a highly toxic immunomodulator. That fancy word means that exposure to the substance—even a one-time occurrence as in Cudahy—can be particularly acute for the victim. The problems caused by this toxin are mediated by the immune system itself, specifically through the action of a group of white blood cells called “mast cells.” These cells carry microscopic packets of histamine, the chemical that causes burning, irritation and inflammation associated with allergies. Because the children were on the school yard, exposure to ultraviolet rays of the sun draws mast cells out of the bloodstream and into the skin.

As well, jet fuel can find its way into the lungs and can coat the alveoli (the sacs that collect oxygen). When coated with something as irrigating and certainly toxic as kerosene, it is harder for the alveoli to contract as the lungs push air out to remove carbon dioxide. While the children only experienced a brief exposure to the toxin, U.S. Air Force studies have found that a one-hour exposure to jet fuel can result in destruction of bone marrow a mere four hours later.