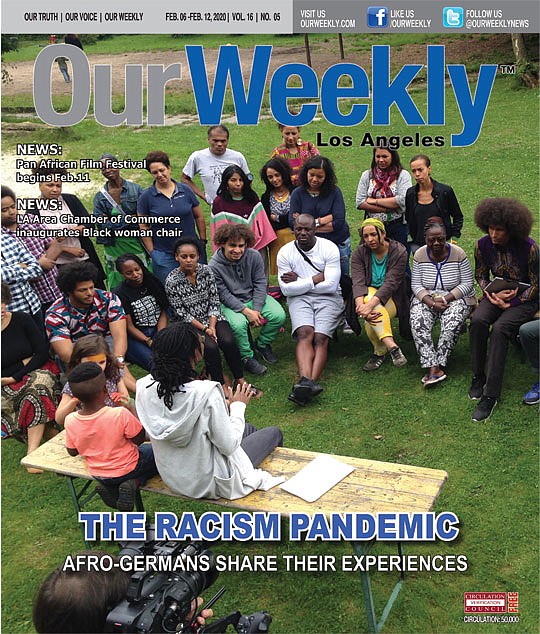 Between 1870 and 1930, many Africans were brought to Germany by Carl Hagenbeck to be displayed in a “human zoo.” The captives had to dress in their native clothing and “perform” or demonstrate their traditional dances. According to historians, the way the captives behaved was not native but staged to feed into the stereotyped expectations of the German viewers, since they judged them as “primitive.”

Michael was one of the involuntary participants who performed in the human zoos. In his memoirs and various interviews, he talks about how he was displayed like a wild, exotic animal that was tamed enough to be petted by a crowd of curious White Germans. His curly hair was touched, to feel its texture and his skin was rubbed to see if his color would change or come off. In the eyes of the German population, he was not considered human, but foreign.

The 94-year-old, who passed away last October, said that those memories were still painful to him, when he was reminiscing about the past events of his life. The shocking part was that Michael was still questioned about his ethnicity in present times, although Germany is anything but an all-White country.

Being Black in Nazi-Germany

Michael was born in 1925 in Berlin, and was the son of a Cameroonian father and German mother. His father migrated to Germany from Cameroon - which was a German colony back then - to study and work but he wasn’t able to find work in Berlin; therefore he participated in the human zoos. Michael accompanied his father and performed as well, which he hated. After his parents’ death he became a foster child and his new foster parents operated a circus, in which he was forced to participate. When he got older, he did have White friends and didn’t feel different necessarily but that all changed once the Nazis gained power and the Nuremberg Laws were established. He was denied his education and could not join the Hitler Youth because of his skin color.

What saved him from the concentration camps and the fate of many African-Germans as well as Jews, was his participation in movies about colonial times, which the Nazis were obsessed with. But he still had to live like he was invisible. And having contact with White women was prohibited.

“They didn’t kill us, but they didn’t let us live either,” Michael said in an interview.

Racism in Germany in modern times

“Being Black in Germany still feels strange and alienated,” Michael mentioned in an interview with Pareigis. Although the Black community in Germany is relatively big, one still must fight for self identity, as mentioned in “Black German: An Afro-German Life in the Twentieth Century,” Michael’s memoir.

Pareigis, who was born and raised in Hamburg, is of German, Swedish and Zimbabwe descent but also lived and studied in New York City. She mentioned in an interview that she felt more comfortable living in the Bronx than living in Germany, although she said that racism is felt in the U.S.—especially cities like NYC.