To be biracial doesn’t mean life is easier

Navigating toward identity is tough 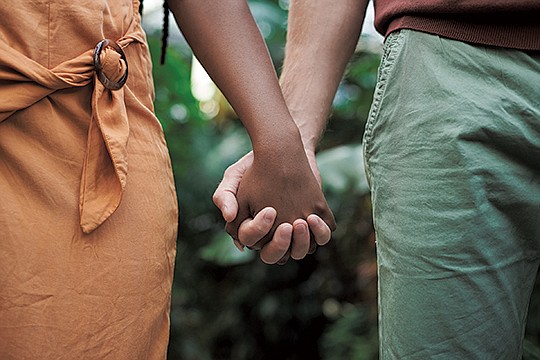 According to a Pew Research Center analysis of 2017 Census Bureau data, 1 in 7 U.S. infants who were born in 2015 were multiracial or multiethnic. Those statistics tripled since the 1980s.

Nowadays it’s not uncommon to see multiracial families. Researchers and historians have proposed that chattel slavery was the birth of colorism, and the preference for lighter skin. The so-called “mulatto slaves” were reportedly favored by the slave owners and received less harsh punishment. Although, the term mulatto is now considered to be derogatory, it’s actually derived from the Portuguese word “mulato” or “mulo” and means “hybridity” in the racial sense. This preference for lighter skin was continued throughout the postbellum period.

The new ABC show “Mixed-ish,” a spin-off of the show “Black-ish,” starring Tracee Ellis Ross (“Girlfriends”) and Anthony Anderson (“The Departed”), focuses on the struggles and challenges of a biracial adolescent in the ‘80s.

The show tells the story of young “Rainbow ‘Bow’ Jackson” portrayed by Arica Himmel (“Sesame Street”) who is biracial and recently moved from a hippie commune to White suburbia. Now she’s trying to figure out her place and her identity in a mixed public school, where she neither is accepted by her African-American peers, nor by her fellow White students. She and her siblings become outcasts.

It’s important for parents to talk about being multiracial. According to a report by Francis Wardle, Ph.D, many psychologists agree that multiracial children have difficulties identifying what racial identity they belong to in society. Therefore it’s important to address their needs, since it becomes a continuous struggle for children once they enter school. But it’s also said that if children identify with both parents’ racial backgrounds and cultures from an early age, they will have less problems regarding their racial identity.

The Supreme Court case Loving v. Virginia of 1967 struck down all state laws banning interracial marriage. Plaintiffs, Richard and Mildred Loving, who were in a state-determined illegal, interracial marriage, filed against the state of Virgina with the help of the American Civil Liberties Union (ACLU).

“It’s the principle. It’s the law. I don’t think it’s right,” said Mildred Loving in an HBO documentary based on archival videos. “And, if we do win, we will be helping a lot of people.”

The vote was unanimous, saying that the so-called “anti-miscegenation” laws were hurting individuals’ constitutional rights under the 14th Amendment, which states “[...] No State shall make or enforce any law which shall abridge the privileges or immunities of citizens of the United States [...].”

‘Too White’ or not ‘Black enough’

But the issues from the past still exist, and so do the struggles for many bi- and multiracial families and their children. Oftentimes parents like to raise their children as “colorblind,” but that doesn’t erase racism. It’s important to talk about it.

The biracial rapper Earl Sweatshirt (born as Thebe Neruda Kgositsile) has said in one of his lyrics that he is “too Black for the White kids, and too White for the Blacks,” many bi- and multiracial individuals can relate to those words.