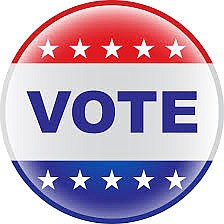 It’s presidential election year and the stakes are high for Republicans looking to keep their hold on the White House and the Senate. For a couple of years now, a lot of attention has been paid on the importance of the Black female voter.

One of the first primaries takes place in Iowa, and Black women there could have a major impact on its results, reports NBC News. Blow dryers hum. Electric razors buzz. Steam rolls off strands of hair as they glide through a hot flat iron. This is the scene, on a brisk Saturday morning, at Tranzitions Salon & Beauty Bar in Des Moines. It’s a place where Black women convene to talk beauty, business and, sometimes, politics.

The Hawkeye State is preparing for what the Iowa Democratic Party predicts will be record turnout at this year’s presidential nominating caucus, but some Black women say they may sit this one out. “I'm not sure if I’ll caucus this year,” 63-year old Cheryl Barnes told NBC News.

“Because I'm not sure about the candidates yet.” Brandy McCracken, a 42-year-old Democrat, echoed that sentiment. “It will basically come down to me finding time to caucus — if there's someone that interests me.”

These women are not alone in their indecision. The latest Iowa poll shows only 40 percent of likely caucusgoers have picked a candidate. However, what may distinguish this group is why they remain largely undecided. While Black women, including Barnes and McCracken, turned out in droves to help secure a caucus win for Barack Obama in 2008, some say this time around they feel left out of the special treatment that comes with being a voter in the state up first in the presidential nominating process.

“They’re reaching out more to the rural areas of Iowa than they are in Des Moines to me,” said 61-year-old Kim McCracken-Smith. “And in rural Iowa, there's no Black people.”

Obama’s historic win in Iowa in 2008 came with his managing to pick up key delegates in rural Iowa while also winning counties in the state where voters of color are concentrated. African Americans make up only about 4 percent of the state's population, according to the U.S. Census Bureau. But with such a large field of candidates heading into caucus night, community activists say every vote this year will matter.

“Those are the kind of percentages that get you over the hump when it’s close, and it’s going to be close in a lot of places,” Izaah Knox, executive director of Urban Dreams, a community organization in Des Moines, told NBC News.

While campaigns have worked to replicate Obama’s diverse coalition of voters — with many hiring outreach directors tasked with targeting specific communities — that hasn’t been enough to win over some Black caucusgoers. Some potential caucusgoers said the outreach they’ve received has seemed rote and impersonal.

“I’ve just been getting these generic text messages and calls that I know are just the standard they’re reading off of the paper,” TranZitions salon owner Tyechia Daye said. “Come and see us — if you want our votes.” Some candidates have made the effort to actively seek out Black voters at local businesses and churches. Sen. Cory Booker of New Jersey hosted an event at Platinum Kutz, a Black-owned barbershop in Des Moines, before he exited the race.

Of the remaining candidates, former Vice President Joe Biden is the only one to visit Corinthian Baptist Church, a cornerstone of the Black community in Iowa’s capital city. Still, it remains to be seen which candidate — if any — Black women will show up for on caucus day