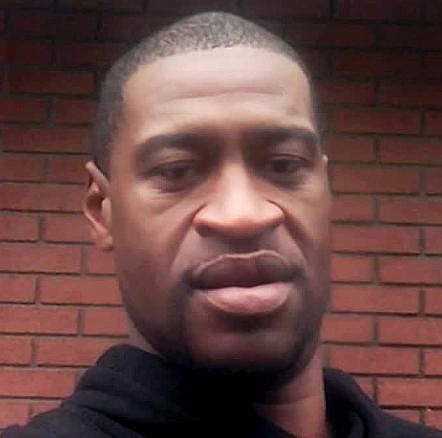 The worldwide mass protests in wake of the murder of George Floyd are not uncommon when tied to American social change.

From the call of the late 1950s' “From Mozambique to Mississippi” rallying cry for Panafricanism; to the Solidarity Movement protests in Poland; Tiananmen Square in China; the fall of the Berlin Wall; the dismantling of Apartheid in South Africa; the Palestinian Uprising and Arab Spring in the Middle East; and the ongoing protests for democracy in Hong Kong — all provide generational evidence that those seeking liberty around the world have closely watched what happens in the United States. This is particularly true in reference to the Civil Rights Movement.

Today, racism-tinged events no longer startle even America's closest allies, though many watched coverage of the George Floyd protests with growing unease. Burning cars and riot police featured on newspaper front pages around the globe have bumped, at least temporarily, news of the COVID-19 pandemic to second-tier status.

In London, thousands gathered to offer support for American demonstrators. They chanted “No justice!, no peace!” and waved placards with the words “How many more?” at Trafalgar Square.

“Every Black person here remembers when another person reminded you that you were Black,” said “Star Wars” actor John Boyega at another protest at London's Hyde Park. “I need you to understand how painful this sh*t is...to be reminded everyday that your race means nothing. I'm speaking to you from the heart!”

In Berlin, the U.S. Embassy was the scene of protests under the motto “Justice for George Floyd.” Police there—just a generation removed from strict Communist rule against any form of dissent—said the gathering was largely organized via social media and was far larger than expected. No arrests were made.

In Italy, the Corriere della Sera newspaper's senior U.S. Correspondent Massimo Gaggi wrote that the reaction to Floyd's killing was “different” than previous cases of unarmed African-Americans killed by police and the ensuing violence.

In Lebanon, anti-government protesters inundated social media with tweets sympathetic to U.S. marchers. They used the hashtag #Americarevolts, a play on the slogan for that country's protest movement “Lebanon revolts” which erupted in October 2019. And in Jerusalem—with George Floyd also in mind—about 200 people marched through the central portion of the city to protest the shooting death by Israeli police of an unarmed, autistic Palestinian man late last month. They thought Iyad Halak was carrying a gun. When he failed to obey orders to stop, police opened fire.

In Dublin, Ireland—a city very familiar with protests—crowds marched through the streets chanting “I Can't Breathe.”

“People in Ireland are seeing what's happening, and we are just as angry and frustrated,” Irish protester Anna Herevin told CNN.

The head of the African Union Commission, Moussa Faki Mahamat, equally condemned the George Floyd murder in lamenting the “continuing discriminatory practices against Black citizens of the United States of America.”

A dimension of the global reaction may also tap into long-standing attitudes toward American imperialism abroad, and hypocrisy at home in terms of the Black Lives Matter movement call for racial justice.

“People all over the world understand that their own fights for human rights, for equality and fairness, will become so much more difficult if we are going to lose America as the place where 'I have a dream' is a real and universal political program,” said Wolfgang Ischinger, a former German ambassador to the United States and current chairman of the Munich Security Conference. “Let's hope the demonstrations all over the world will help remind Washington that U.S. soft power is a unique asset that sets America apart from other great powers.”