Other businesses allowed to operate indoors and outdoors 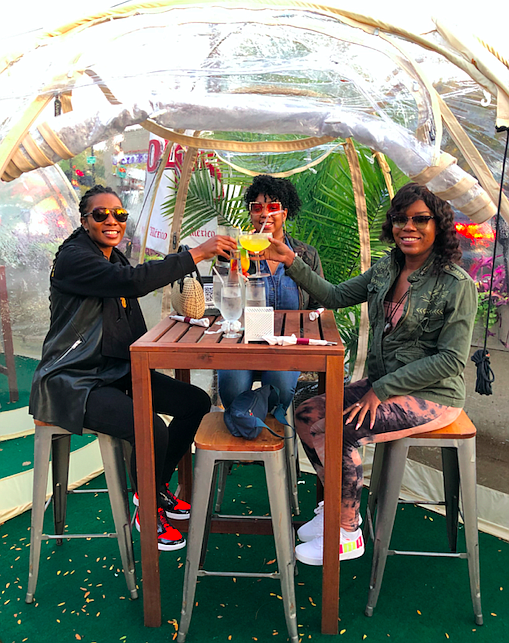 Good To Go, Jamaican and American Cuisine, purchased Igloos with the grant in order to offer heated outdoor dining.

Opponents of the state's outdoor dining ban aimed at slowing the spread of COVID-19 have filed a federal lawsuit, two weeks after a Superior Court judge overturned a similar order in L.A. County.

The lawsuit comes after restaurant operators were not able to resume outdoor dining despite the Dec, 6 ruling because the state's regional stay-at- home order contains an overriding ban.

A team of lawyers headed by Mark J. Geragos filed the complaint Sunday in U.S. District Court asking to block the state's outdoor dining ban on behalf of the owners of the Pineapple Hill Saloon & Grill in Sherman Oaks and owner Angela Marsden, according to the complaint.

The complaint specifies those rights are "freedom of assembly, due process, and equal protection rights under the First and 14th Amendments to the U.S. Constitution.''

The complaint notes the state has prevented the Pineapple Hill Saloon & Grill from serving food outdoors while allowing a major Hollywood production to serve meals to its employees and contractors inside an outdoor tent 20 feet away from the restaurant.

The complaint also claims the state continues to allow the entertainment industry, major retailers, grocery stores, marijuana dispensaries and other businesses to operate indoors and outdoors.

The complaint asks the court for an order "temporarily, preliminarily, and permanently enjoining and prohibiting defendants from enforcing the Regional Order'' as well as Executive Orders and to order the state to pay attorneys' fees and costs.