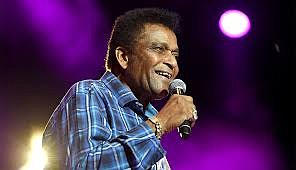 Charley Pride, who left a career in the minor leagues to achieve stardom in Country and Western has died from the coronavirus at 86.

Born to a sharecropper family in Sledge, Miss., Pride's father shaped his musical tastes by playing the Grand Ole Opry broadcasts on the family radio, his mother brought him a guitar at 14.

Young Charley's heart was set on playing baseball like his brother Mark “the Knife" Pride (1932-2018), a pitcher in the old Negro League. However, injuries and the passage of time found him in Montana in the early 1960s, where his rich baritone drew attention at local honky-tonks.

By 1966 through the efforts of guitar legend Chet Atkins, he'd secured a contact with RCA Records. His first recordings “The Snakes Crawl At Night,” “Before I Met You,” and “Just Between You and Me” were released without the usual promotional photos, but broke into the Country top-10 and garnered him a GRAMMY® nomination.

During the course of his career, Charley Pride would become the second-best selling artist for RCA (behind Elvis Presley), selling tens of millions of records and winning two GRAMMY® awards. His success extended into the international market as well.

Northern Ireland's centuries old animosity with England escalated in the late 20th century, resulting in what came to be called “The Troubles” (late 1960s to 1998), a time marked by bombings, guerrilla warfare, and riots. Charley Pride was one of the few entertainers to tour the beleaguered country during those volatile times, a gesture that endeared him to the population.

"I think it's important for us to acknowledge here that at the height of The Troubles, Charley, when he was asked to come, he was the only entertainer that came to the north of Ireland and put on a show,” Irish singer and personality Daniel O'Donnell remembered.

Charley Pride is survived by his wife since 1956, Rozene, a daughter Angela, and two sons Dion and Kraig. For more on this landmark musician, go to his website at https://charleypride.com/