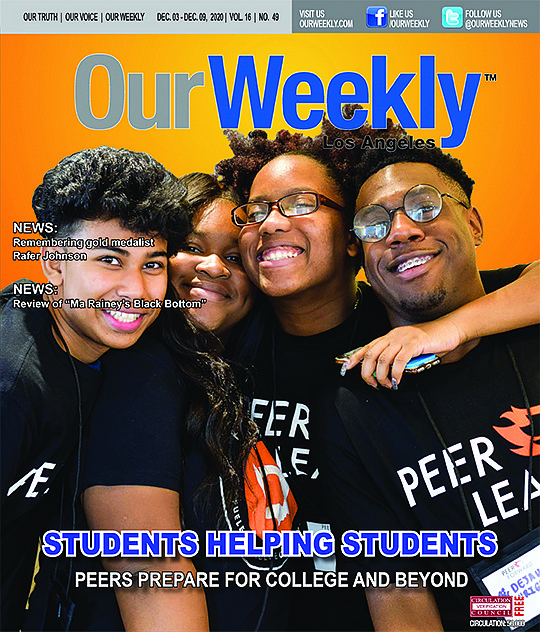 Student influencers have been empowering “PeerForward” for the past 25 years. The national, non-profit organization is keenly focused on improving college access in communities of color. That’s why they are expanding operations in Los Angeles. 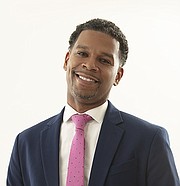 Gary Linnen is the CEO of PeerForward.

“Build up (students’) mindsets so that they don’t just think of high school as just a destination but it’s a launch pad to their success,” said Gary Linnen, the CEO of PeerForward.

PeerForward, formerly known as “College Summit” is not your average program where adults mentor young people. The organization is centered around teenagers mentoring other teenagers. Something that is even more important during the pandemic age of online learning.

“We believe that a 17-year-old is more inclined to listen to another 17-year-old,” said Linnen, who started as a high school coordinator with PeerForward.

“I joined when we were opening up our New York office,” he said.

Nearly 14 years later, he’s the first Black and Puerto Rican CEO of PeerForward. “I think we’re in a new day and age where people like to be able to see and talk to folks that look just like them to say I can do it too.”

In fact, he has now started seeing former PeerForward students whom he personally trained as mentors, pay it forward. “[It’s good to be] able to see these young folks prosper and become successful, become CEOs of organizations or become guidance counselors, starting their own nonprofits,” Linnen said.

Even after PeerFoward has supported more than 350,000 students in low-income communities nationwide over the past 25 years, Linnen said there’s still a significant need for mentorship in Black and Brown communities in LA.

“Pre-COVID, I was out in California once a month” Linnen shared. “We’ve had a heavy footprint in that area for years. Since I started (14 years ago), we’ve always had offices there. In Northern California and in the LA area.”

“What we found is that similar to many of the other communities that we work in, is that there is a significant need,” he said. “No one is listening to them, so how do we make sure that we are giving students the ability to share their own voice, where they can actually be heard and create systemic change in their community?”

According to PeerFoward, more than 90 percent of the students they serve in Los Angeles are Black and Brown.

“They were always given the short end of the stick,” Linnen explained. “For us, how do we significantly change that in LA with all the schools that we’re working in?”

PeerForward’s model empowers students in three ways: by getting students to apply to three or more colleges; encouraging students to fill out financial aid forms early; and through Campaign Connect—getting ninth through 11th graders to understand what their post-secondary options are.

Linnen said the organization is focused on empowering influential students, who are dealing with issues like overcrowding and a lack of guidance counselors at their schools. They are able to make an impact. Peer Forward focuses on every single senior who is about to graduate from high school and the organization makes sure those students are college and career ready.

During the ongoing pandemic, peer leaders have conducted virtual one-on-one check-ins with classmates, conducted financial aid workshops via the internet and even created podcasts to keep their school communities informed.

“Make sure that they actually have a post-secondary plan,” Linnen said. “Our model is about leveraging the young adults in the building to be an extension of the guidance department.”

PeerForward trains the eight most influential students in a particular school, typically four juniors and four seniors, to be leaders.

“The students that we look for, it’s not about grades for us, it’s about that individual, when they’re walking down the hall, people are watching them. When they talk, people are listening to them,” Linnen continued.

Meanwhile, a key component of being college and career ready is filling out financial aid applications early. Advocates say completing the Free Application for Federal Student Aid, more commonly known as FAFSA, is a key leading indicator whether a student will be successful in their pursuit of postsecondary education. According to researchers, PeerForward high schools have a 26-percent higher rate of completing financial aid applications compared to similar schools. That has meant an additional $13 million for students who can use funds toward paying for college.

“We have to invert that. There’s more money to be had for our community. We need to make sure that our young adults are actually getting out there to have it.”

PeerForward also works with ninth, 10th and 11th graders through a platform called “Campaign Connect”, so that they understand what their post-secondary options are. The program aligns a student’s dreams with actionable goals.

“If you want to be an architect, that means as a peer, I need to tell you the importance of going to math class or why you need to pay attention to geometry,” Linnen explained. “Connect the dots for them. But to hear it from a peer is what makes the most impact.” 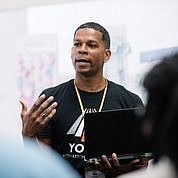 Just like in high schools, Linnen believes the PeerForward model can affect change on college campuses. He said by helping young adults mentor other young adults, students of color can share how they’ve learned to navigate the university system, which may be unlike any educational environment they have previously experienced.

PeerForward will continue to work to close the educational equity and social justice gaps between high-income and low-income students. They are focused on making sure the pandemic does not widen those disparities.

“We would love to get this into other Cal State systems,” Linnen concluded.