Sexually exploited youth better off with services rather than jail 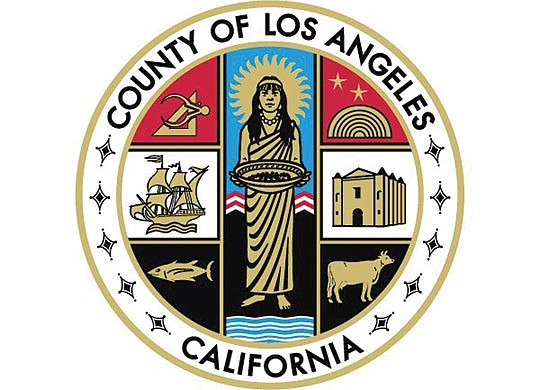 A report released last week suggests that Los Angeles County's efforts to support sexually exploited youth with services rather than leaving them to face criminal charges has changed the lives of hundreds of young people.

“Over the last few years, more than 500 sexually exploited children have been recovered through collaborative efforts in L.A. County,'' Supervisor Sheila Kuehl said. “This latest report from the county addressing the commercial sexual exploitation of young people lifts up the testimony of survivors and also makes clear how urgently needed these efforts are. Our mantra remains the same: `There is no such thing as a child prostitute.'''

Of the children “recovered'' from a life of being trafficked for sex between 2014-19, the youngest was 11 and the average age of first recovery was about 16 years old, according to the report. Seventy percent were Black and 86 percent of victims had a prior referral to the county's Department of Children and Family Services.

The study by the county and the National Center for Youth Law—titled “Building Bridges: How Los Angeles County Came Together to Support Children and Youth Impacted by Commercial Sexual Exploitation' '-- reflects on a decade-long fight against child sex trafficking.

In addition to providing intensive, specialized services and funding educational campaigns, the county has trained law enforcement personnel to recognize that minors soliciting sex are victims of trauma in need of care, not punishment. It has also created “safe zones'' where children can proactively seek medical or other basic services.

Much of the county's success has relied on working with exploited children to shape programs and services.

Los Angeles County has been identified as one of the nation's high intensity areas for the commercial sexual exploitation of children and youth. The report's authors hope the study will offer a blueprint of a “care-first, trauma-informed'' approach for other jurisdictions to follow.

The county's efforts were spurred in large part by former county Supervisor Don Knabe, who was concerned about the concentration of sex trafficking in the Long Beach area. In 2010, 84 percent of all arrests of youth for prostitution-related charges were made in either the South Los Angeles or Long Beach area.

“Los Angeles County has come a long way in its efforts to protect children from the abuse and trauma of sexual exploitation,'' Hahn said. “We have been able to improve our intervention strategies and identify the groups of young people who are (disproportionately) targeted, including members of the LGBTQ+ community.”

Children in foster care are also at higher risk of being exploited. They are often victims of trauma themselves, making them vulnerable, and child sex workers are encouraged by their pimps to recruit children from group homes, according to board documents.

“Throughout Los Angeles County, there are hundreds of victims of commercial sex trafficking who fall prey to a vicious cycle of abuse and harm,'' she said. “We must do more to protect these youth who are often the most vulnerable in our communities.”