Johnson was decathlon champion at the 1960 Olympics in Rome 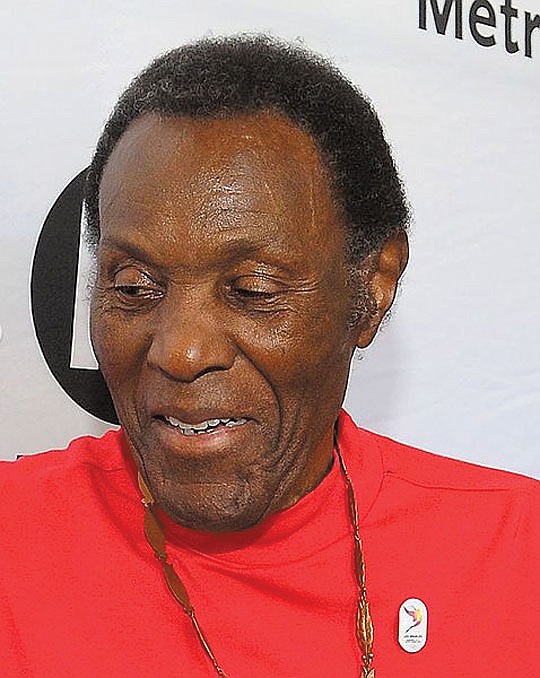 Rafer Lewis Johnson, who rose from his north Texas roots to become one of America's most celebrated athletes, has died at the age of 86 in his Sherman Oaks home. His family announced his passing, but did not give a cause of death.

Johnson was born in Hillsboro, Texas, in 1934 and eventually settled in Kingsburg, CA, just south of Fresno. Displaying nature athletic and leadership abilities, he and his family toiled in the central valley farmlands while he accumulated awards in scholastic and sports at Kingsboro High School.

He accepted an academic scholarship to the UCLA, with intentions of studying dentistry. Continuing his high school streak of success, Johnson competed in track and field and played basketball under John Wooden. Years later he acknowledged the impact the "Wizard of Westwood" had on him.

“Many of the things that I’ve accomplished beyond my years at UCLA, including my relationship with my family and friends and the fact that I’m very much interested in giving back to the community, have a great deal to do with what I learned from coach Wooden,” he remembered.

Other accolades included tenure as UCLA's undergraduate student body president, and winning a silver medal in the 1956 Olympic decathlon.

In the 1960 Rome Olympics, competition continued as Johnson capped off his athletic career with a Gold Medal, with Bruin teammate C.K. Yang a close second, winning the Silver.

These achievements gained him entry into society's elite, becoming a regular fixture as a television commentator, an actor in film and TV, and romantically linked to feminist icon and Ms. Magazine founder Gloria Steinem. A close association with the Kennedy family culminated when he subdued Sirhan Sirhan in the aftermath of the Robert F. Kennedy assassination in 1968 during Kennedy’s Presidential bid.

His commitment to social causes included involvement in the Special Olympics, the NAACP, the Peace Corps, the Urban League and other humanitarian entities. On Dec. 2, LA County Supervisor Janice Hahn announced that the Coliseum’s Olympic torch was lit in honor of Johnson.