Keep a careful eye on the Higher Education Act 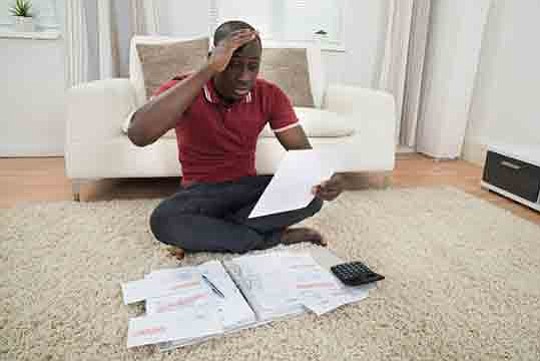 As the country watched in amazement while President-elect Joe Biden and Vice President-elect Kamala Harris solidified their lead in the historic 2020 election with record voter turnout, there was a new demographic represented – a woman of color who will be in the position to help lead our nation through one of our most trying economic and political times. And this woman attended one of our nation’s historically black colleges, Howard University, to boot! As the first female, first Asian-American and first Black vice president in this nation’s history, her path to success is an important reminder of the value of higher education.

Indeed, like many before them, these newly elected Democrats are committed to prioritizing expanded access to quality education, which is something those of all political persuasions can get behind. How we do this is much debated and it’s critical the new administration’s higher education agenda is devoid of red-tape and overreach, so that all types of students, regardless of their backgrounds or economic standing, are able to receive the education they seek.

One policy that opened higher education access for disadvantaged, lower income demographic is the Higher Education Act (HEA). The HEA was signed into law by President Lyndon Johnson in 1965 and was intended "to strengthen the educational resources of our colleges and universities and to provide financial assistance for students in post secondary and higher education".

Significantly, the HEA created low-interest loans for students. This access to financial support has been the lifeline for many low-income students. Without federal student aid, they would not otherwise be able to attend college. Quite simply, their families cannot afford to pay the costs of college.

Despite the progress in 1965, Congress has repeatedly failed to reauthorize the HEA. We must now capitalize on our current momentum and make changes that drive expanded access and support for our low income, and often minority, students.

While most low-income students and their families have little or no money to contribute towards their education, it is an ironic twist that politicians layered in a controversial directive resulting in a formula that required at least ten percent of the money institutions received from students with Title IV benefits to include sources other than federal student aid. This policy counteracted the very purpose of Title IV and similar aid programs. The “90/10 rule,” as known in common parlance, instead hampers incentives for schools to enroll too many low-income, Pell grant-eligible, and Title IV aid dependent students – the very people Title IV is meant to serve.

Looking to the next Congress, some policymakers think the remedy to problems created by the 90/10 Rule is to expand it. One idea is to move to a more strict 85/15 ratio. In other words, require students to come up with even more money from other sources, which is often divorced from the reality of people from economically disadvantaged communities or working parents juggling multiple responsibilities.

Remember, Title IV was enacted as a societal commitment to extend opportunities for people at the economic margins so it makes no sense to make them come up with more money on their own – especially not at a time when COVID-19 pandemic is wreaking disaster in the economy.

Another solution offered is to treat benefits that veterans and active-duty personnel earn in their service as part of the 90 percent instead of the 10 percent in the 90/10 formula. The rationale for this is the belief that schools recruit veterans and service members specifically to improve their 90/10 rates. However, adding benefits our veterans and uniformed personnel have rightly earned to the category of students’ overall federal financial aid could threaten the operation of many schools. This would have the perverse effect of closing off options for people who served this country.

As more and more people now well know, government and other institutions have often overlooked critical populations - whether African-Americans, lower income, veterans, etc. -and higher education has unfortunately not been spared of this discrimination. There are higher education institutions, like many proprietary institutions of higher learning, that have models that are correcting this historical disadvantage through open, rolling enrollment, curriculum flexibility, and more personal, tailored attention to the individuality of the students. Our policies should indeed not hamper their progress.

Further, Americans know the rising costs of higher education and the debt load students are carrying are all too often unsustainable. This is true for all schools – public and private, proprietary and non-profit. It afflicts not only low-income students but also those who are securely middle class but unable to rely on family to foot the enormous bill. Expanding the 90/10 rule would do nothing to address this reality.

We need to be careful about who we paint as the enemy as we put the pieces in place for education policy. The enemy in American society is ignorance, not institutions that are taking a chance on atypical students aiming to improve their lives through education and thereby better their communities. There is no evidence that the 90/10 rule has any connection to metrics that matter, such as whether students stay in school, complete their degrees, or land the jobs they want. Victorious Democrats should rethink their pursuit to expand a flawed formula, brushing aside the unintended consequences of narrowing opportunities for the very people Title IV serves – the people Democrats say they want to help.