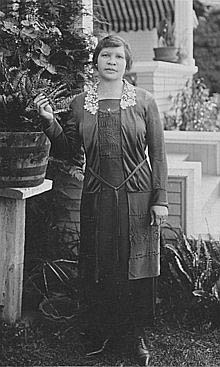 “American Masters – Unladylike2020,” which has been shining a spotlight on the unsung women who helped change America, will premiere its final installment on Women’s Equality Day, Aug. 26. The new episode of the multimedia documentary series celebrates the life of Charlotta Spears Bass, the first African-American woman to own and operate a U.S. newspaper, and the first to run for Vice President of the country.

A crusading newspaper editor and politician, Bass followed in the tradition of “muckraking” or reform-minded journalism, publishing “The California Eagle” in Los Angeles from 1912- 1951, a time when newsrooms were male-dominated and few white journalists focused on issues important to African-Americans.

“The California Eagle,” one of the first Black newspapers in the state, addressed social and political issues like racial violence, and discrimination in schools, housing, and the job market. Later, Bass entered electoral politics and was the first African-American woman to run for Vice President of the U.S., on the Progressive Party ticket in 1948.

The upcoming episode on Bass is narrated by Lorraine Toussaint (“Selma,” “Orange is the New Black”) and features Nikole Hannah-Jones, the outspoken journalist who earned a Pulitzer Prize for her work on “The New York Times Magazine’s The 1619 Project.” Hannah-Jones points to the positive and lasting impact Bass has had in paving the way for modern-day, reform-minded journalists.

Presenting history in a bold new way, “American Masters — Unladylike2020” is produced and directed by Charlotte Mangin and along with Toussaint, the piece is narrated by actress Julianna Margulies (“The Good Wife,” “ER”). The empowering series brings the incredible stories of pioneering women to life through rare archival footage and interviews with descendants, historians and accomplished modern women, who reflect on the influence of the changemaker.

Original artwork and animation created by artist Amelie Chabannes adds visual texture, infusing black and white images with captivating color and action. The other 25 episodes in the documentary series are now available for streaming for free on the American Masters YouTube channel.