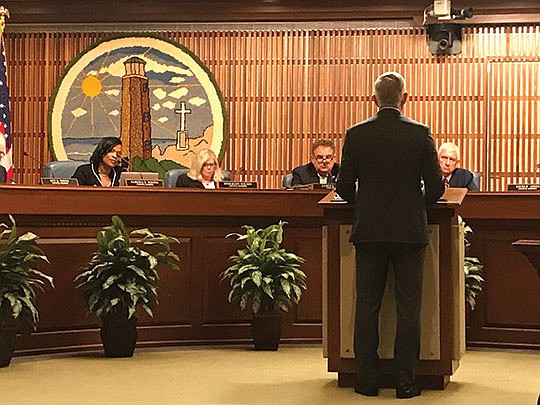 Investigators are looking into whether a hostile work environment existed – particularly for African- American employees – at the city of Virginia Beach leading up to a deadly mass shooting on city property earlier this year, reports NPR. They also want to know whether such an environment might have contributed to the shooting that killed a dozen victims at the Virginia Beach Municipal Center on May 31, according to a report presented to city council members on Tuesday night. The meeting was held at the same complex of buildings where the shooting took place.

The shooter, a public utilities engineer, was African-American, and both Black and White colleagues were among his victims. Arnette Heintze, CEO of the security risk management firm Hillard Heintze, told council members that reports of a hostile work environment are a key focus of his firm’s independent investigation into the shooting.

“These issues included allegations that African-American employees were being treated differently; that they were often more subject to discipline than their counterparts, that they were less likely to be promoted than their counterparts,” Heintze said. “That these employees felt that they could not share their concerns with management for fear of retaliation.” Investigators also heard general reports of a “challenging and difficult work environment” created by managers at the city, Heintze said.

Heintze’s Chicago-based firm has hosted listening sessions and conducted scores of interviews with employees, family members, survivors and members of the public. A workplace satisfaction survey of Virginia Beach city employees is also underway. So far a separate, official police investigation is yielding few details about what might have motivated the May 31 shooter, who had just resigned from his position with the city on the day he took the lives of 11 coworkers and one contractor, and injured four others.

The shooter’s employment record showed no history of “threatening encounters” between him and his colleagues. Several family members of victims attended the meeting, including Denise Smallwood, whose twin brother Joshua Hardy, an engineering technician, was among those killed. Smallwood, who is African-American, said “of course” there was a hostile environment for Black employees at the city.

She said her brother had described a “good old boy system” at the city soon after he was hired. “Let’s not forget, [hostile environments] are created by people in charge, people in high positions, and it trickles down,” Smallwood said. “It’s been going on for years, and it took this to happen for them to wake up and do something about it.”