Domestic violence: Know when to leave and seek assistance

Domestic violence: Know when to leave and seek assistance 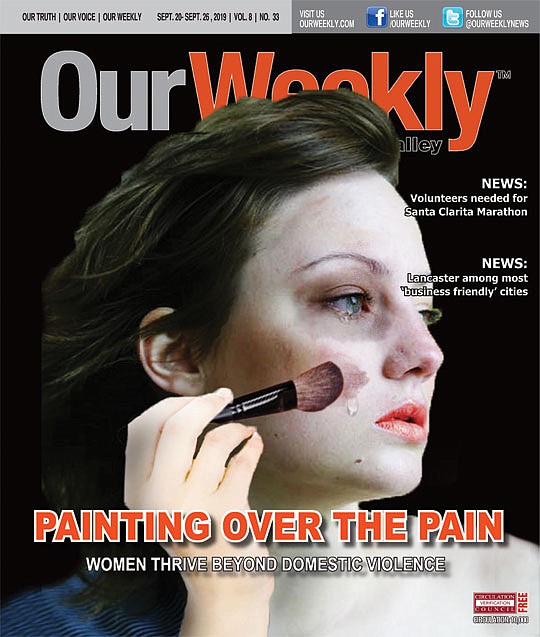 An estimated 1.3 million American women experience domestic violence or intimate partner violence each year. Women make up 85 percent of the victims of domestic violence, and some of these cases are never reported to the police, according to the National Coalition Against Domestic Violence.

Data from the Centers for Disease Control and Prevention (CDC) suggests that violence performed by an intimate partner is often more fatal for Black women than White women.

All social backgrounds are effected

According to the Jenesse Center Inc., a nationally recognized, non-profit, domestic violence prevention and intervention organization in South Los Angeles, domestic violence takes many forms and includes many factors, some of which encourage conditions that may keep a woman psychologically insecure, economically dependent, and socially isolated.

Some women may find themselves in abusive relationships with men who show signs of “toxic masculinity,” a term which describes men who are socially dominant, controlling and homophobic. These men demonstrate traits of misogyny as well as physical violence.

These types of men don’t see sex as an act of intimacy and affection, but rather as method of domination.

If “toxic masculine” men feel disrespected or lose power and control, they tend to dominate their women to make it clear they are the “king of the castle.”

Unfortunately, it is estimated that a woman will leave and go back to her abuser six or seven times before she leaves for good.

Every situation is different

“There’s a variety of reasons, depending on the circumstances, everyone’s situation is different. Sometimes there are kids involved,” said Jazmin Carter, who works at the Jenesse Center.

“They (women) may have never worked before or not have the education, or financial security. There’s psychological and emotional abuse, where their self-esteem is very low, so they think they won’t find anyone else. Each situation is different.”

Zoe Flowers, a domestic violence activist and writer for the Huffington Post, writes about her own experiences with abuse and shares the experiences of other women in her book “From Ashes to Angel’s Dust: A Journey to Womanhood.”

“In many cases, we don’t ask for help because we have internalized this idea that we need to be strong,” Flowers said. “This idea of 'strong Black women' is rewarded and is something that can even be a source of resilience. But, it can also leave us feeling like we have no one to turn to.”

There are several theories on the origins of domestic aggression. Some men were taught at a young age to hide their emotions. Oftentimes, these distorted emotions turn into uncontrolled anger towards their partner.

The abuser was often abused as child

It’s not uncommon that many violent men experienced physical abuse themselves from their parents or caregivers when they were young.

Another theory suggests that men who have been incarcerated adapted a “toxic masculinity,” because while they were in the prison system the only choices were either being dominant or being subugated.

Domestic abusers are protected in many communities. It is frowned upon in some communities to “badmouth” a partner or “snitch“ on a neighbor or relative by calling the police and landing someone in jail.

There is an unwritten “code of silence.”

One example of Black women being stigmatized for breaking this “code” is seen in the case of singer R. Kelly, who has been accused of owning child pornography, committing statutory rape, and keeping women as sex slaves. He is currently being jailed without bail in Chicago where he faces multiple sexual assault charges. Kelly has pleaded not guilty to all of the charges.

How and why women must leave these relationships

Because some of his accusers have come forward and have talked about their treatment in the docu-series “Surviving R. Kelly,” many have been met with death threats.

Rolling Stone magazine reported that “a number of women featured in the docu-series began checking in on each other to act as each other’s support system, friend and therapist.”

According to Jenesse’s website, some of the key factors cited by women who left abusive relationships include:

—Receipt of strength or support from someone in order to leave

—Use of social networks to disclose the violence (told neighbors, friends, relatives)

—Recognition of the repetition of the pattern of abuse in their children; this insight was often the impetus for leaving their abusive partner.

The Jenesse Center suggests that women who are in a violent situation should build a safety plan to protect themselves from their abuser. They should keep a list of important telephone numbers handy for themselves and their children, including teaching them to dial 911; to call trusted friends, relatives, or ministers; and know the name and contact information of primary physicians.

The plan should also include identifying someone they can confide in about their situation. Leave a “crisis stash” with that trusted friend, to include extra money, car keys, clothes and copies of important papers. Identify a place where they can go if they leave their home. Open a separate savings account. And plan an escape route that can be used quickly and decisively in order to avoid further injury.

After leaving the violent situation, it is suggested that the victim do the following:

Go to court and get a “protection order” and keep a copy at all times. Copies should be given to the police.

Provide their child’s school or caregivers with critical information. They should get copies of any personal protection order.

Reach out to relatives, friends

Tell a trusted co-worker  or your boss about your situation and have your calls screened. These persons should also get copies of the protection order.

Select different stores, banks and other businesses from those commonly used during the time they lived with their partner.

Find someone to call when they feel despondent, afraid or sad. Locate workshops and support groups to attend so that they can gain support and better understand their situation

The CDC suggests that better screening in doctor’s offices and bystander training can help reduce or prevent domestic violence. Bystanders, neighbors, friends and relatives in the community can help break the “code of silence” and save women and their children from domestic violence.

If you are a victim, know a victim, or witness a victim of domestic violence, trust your instincts. Call the Jenesse Center hotline at (800) 479-7328, or the National Domestic Violence Hotline at (800) 799.SAFE (7233); or visit https://jenesse.org. Your actions may save someone’s life.