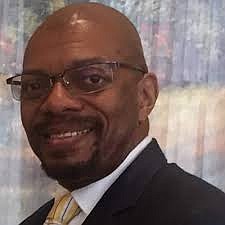 A White supremacist from Florida was arrested by federal authorities for making racially motivated threats against the co-founder of the Charlottesville, Va. chapter of Black Lives Matter, who had intended to run for city council, reports the Huffington Post.

Daniel McMahon, a 31-year-old who went by “Jack Corbin” online, was indicted on four counts: willful interference with a candidate for elective office, bias-motivated interference with a candidate for elective office, threats to injure in interstate commerce, and cyber stalking. Don Gathers, McMahon’s alleged target who is identified in the indictment only by his initials, had planned to formally announce his candidacy for city council on Jan. 8, 2019.

But after McMahon allegedly threatened Gathers on social media on Jan. 7, Gathers instead announced he would not seek office. Last year a group of anonymous anti-fascist activists published evidence that McMahon used the pseudonyms “Pale Horse” and “Jack Corbin” to spread hate online. Reporter Jared Holt at Right Wing Watch later verified that McMahon was in fact behind those accounts. McMahon, using his “Jack Corbin” account, frequently communicated with White supremacist Robert Bowers on the social platform Gab.

After Bowers was arrested for allegedly massacring 11 people at a Pittsburgh synagogue this past October, McMahon praised him. Bowers, McMahon wrote on Gab, had “more balls” than most other White nationalists, adding: “God bless that man.” In other posts, McMahon has said that undocumented immigrants should be treated like “the cockroaches they are.”

McMahon also directed much of his ire at anti-fascist activists, often referring to himself as “antifascists hunter.” He regularly harassed journalists and activists, particularly women, and once wrote that anti-fascists should be “tortured and executed.”

Gathers chaired Charlottesville’s Blue Ribbon Commission on Race, Memorials and Public Spaces, which had recommended renaming parks that included statutes of Thomas “Stonewall” Jackson and Robert E. Lee. The Charlottesville City Council then voted to relocate the Lee statute, a decision that sparked the August 2017 “Unite the Right” rally of right-wing extremists that ended in the death of Heather Heyer.

The McMahon case is being prosecuted by the Justice Department’s Civil Rights Division as well as by the office of U.S. Attorney for the Western District of Virginia Thomas T. Cullen, a Trump appointee who has written that Congress should consider new domestic terrorism legislation and has aggressively prosecuted violent right-wing extremists.